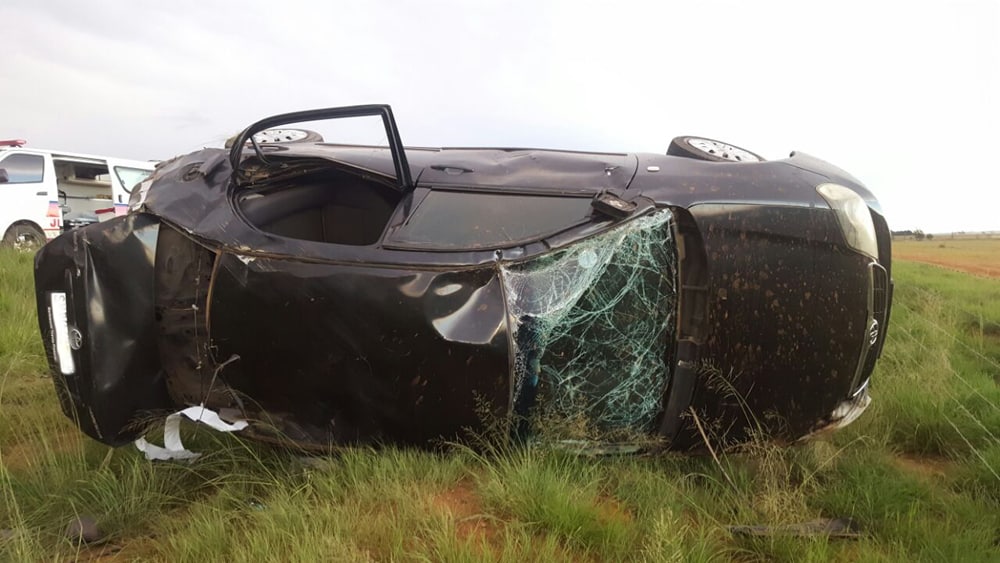 Woman killed on N12 near Ogies after vehicle rolls

One person died and four others were injured when the vehicle they were travelling in rolled on the N12 about 10 km from Ogies heading towards Witbank on Sunday.

ER24 spokesperson Chitra Bodasing Harduth said on off duty paramedic came across the accident and called for further resources.Woman in the viral Jo’burg hit and run video shares her ordeal
The vehicle was found laying on it side in the veld.

Upon assessment of one woman found laying near the vehicle, it was found that she had sadly already passed away.

Another woman found laying close to the vehicle was assessed and treated for moderate injuries. Three other patients were treated for minor injuries.

Patients were transported to hospital for further medical care.

The exact details surrounding the incident are unknown.

Authorities were on scene.