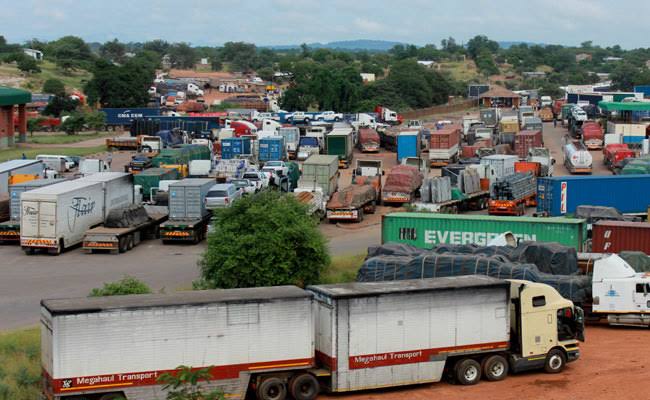 Zambia responds to complaints by SA truckers quarantined in the country

South African truck drivers delivering essential goods to Zambia have complained about being unnecessarily quarantined for COVID-19 screening at Chirundu border post. Drivers also complained about the disgracefully bad conditions in which they were forced to live in.

“This is so unnecessary, I went and delivered groceries in Lusaka then after that they quarantined me here, if they were really serious they would not have let me go into Lusaka,” said one trucker who is quarantined at the University of Zambia.

The trucker, who refused to be named, said that he was allowed to offload in Lusaka without any restrictions but after that, he was then told he should be quarantined for 14 days.

“It defies logic that they let me mix with their people before the screening and ‘lock me up’ thereafter, how are they protecting their people?” asked the trucker.

Responding to questions emailed to him by SA Trucker,  Zambia’s Minister of Health Dr Chitalu Chilufya said he noted with concern the complaints from the truckers and would investigate further, however, he did not entirely agree with what the truck drivers were saying.

“We value our bilateral partners who have ensured that the movement of goods and services continue undisrupted. To this effect, truck drivers who are being admitted in the country are being screened at the border and those who are found to be asymptomatic, they are being entered in our tracking records and are being escorted to the points where they are delivering their goods and thereafter, are being taken into mandatory quarantine places and so far, we have received 125 trucks from Livingstone and the drivers have been offloading and are now quarantined in the facility of isolation.

In exercise of the powers contained in the Public Health Act, Cap (2) 95 of the laws of Zambia and Statutory Instrument number 22 of 2020, I as Minister of Health have declared and designated the new residence at the University of Zambia Great East Road campus as a public quarantine facility where we are now quarantining some of these essential workers in the name of drivers bringing essential goods in the country,” Dr Chilufya said.

Commenting further on the issue of 125 trucks from South Africa which were held at the Lusaka Dry Port Dr. Chilufya said, “These have been quarantined following their arrival under escort by Ministry of Home Affairs from Livingstone. This is part of the government’s strategy for minimizing the importation of COVID-19 from coronavirus high-risk jurisdictions.”