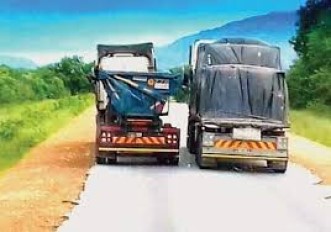 Rehabilitation of the Beitbridge-Harare highway has started in earnest after the Zimbabwe government set aside $1 billion (R14,66 billion) for the project, Zimbabwe State media reported.

The highway expansion project is expected to increase economic benefits for Zimbabwe through the anticipated speedy movement of human traffic and cargo.

There had been incessant calls to expedite the rehabilitation of the road, which links Zimbabwe and South Africa with their trading partners north of the SADC region, to reduce road carnage.

Many serious accidents along the route had been attributed to the bad state of the highway.

Five companies, are reportedly already on the ground, each rehabilitating 20km stretches along the highway.

Minister Matiza expressed satisfaction with the progress made so far.

“We are here to see the developments made in the construction of this road (Harare-Beitbridge), especially in Masvingo province. We are here to see progress made by the contractors in terms of establishment of sites and actual operations on the ground.”

He said they expected ongoing rehabilitation to be completed towards the end of 2020.

“The work is progressing well and going according to plan and we are satisfied with the mobilisation and setting up for the start of the programme. The companies will be working on 20km stretches along the highway and we expect that it will take about 10 months to finish the work. They have already done detours of about 8km,” said Minister Matiza.

“We budgeted $1 billion for this project and on top of that, we have ring-fenced some fuel levy that is going to be given to this project on a monthly basis. We are looking at between $40 and $50 million monthly from fuel levy and that would suffice to oil the companies to be able to continue with the project.”

He said the fuel levy would take care of inflationary headwinds while hinting Government’s readiness to continuously review the financial package.

From today, 1 October 2020, truck drivers will be forced to adhere…

Mduduzi Sithole, the owner of Zululand Bus Service says he has put…

Refund processes and other options are available to assist members of the public. It is important to note that each case will be investigated and dealt with on its merit

South African businesses are faced with a huge bill, estimated at R1.4-billion,…