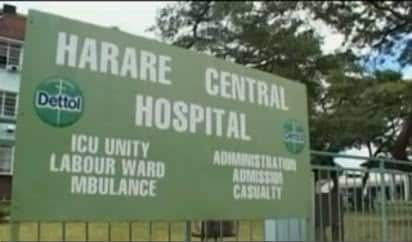 Harare – Zimbabweans in the north of the country are “crossing to Zambia with cooler boxes” so they can buy blood for sick relatives who need it back home, a Member of Parliament has reportedly said.

In yet more evidence of the crisis gripping Zimbabwe’s public health sector, local tabloid H-Metro quotes the MP for Binga North, Prince Sibanda, as telling a parliamentary portfolio committee: “Relatives have to run with cooler boxes from Victoria Falls, Hwange and surrounding areas to get blood in Zambia because it is way cheaper there.”

Blood supplies in Zambia are apparently one-quarter of the cost in northern Zimbabwe, at around $50 per unit, compared to $200 across the border. The average salary in Zimbabwe is less than $400. The cost per unit is sometimes lower in Harare.

The blood is often needed for new mothers or accident victims.
The director of Zimbabwe’s national blood service, Lucy Marowa, admitted blood was cheaper in Zambia, but said that was because it was subsidised by the Zambian government, H-Metro said.
Zimbabwe’s health sector has been in the spotlight recently over a decision by some private doctors to no longer accept medical insurance cards.

The sector was badly affected by the last economic crisis from 2000-8, when medical staff left in droves and some public hospitals were short of even the most basic drugs.
President Robert Mugabe last week suggested Zimbabwean doctors were “greedy” for demanding payment, though he himself flies regularly to Singapore for medical attention.

The Zimbabwean newspaper reported late last year that Zimbabweans in the east of the country were crossing the border to seek dental care in Mozambique.