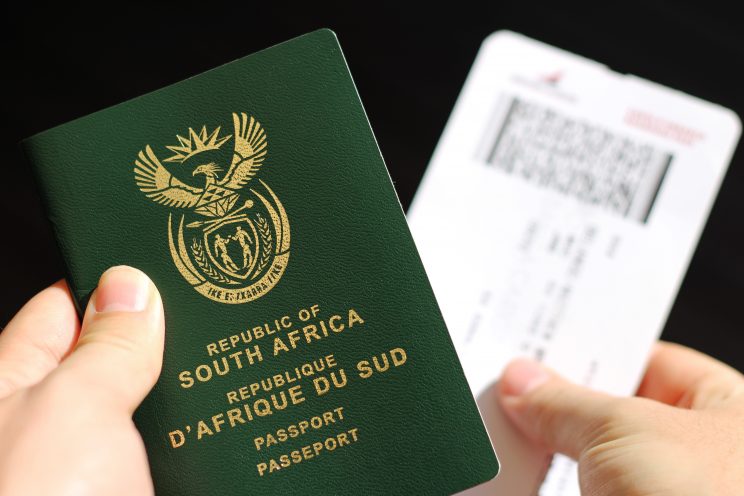 They are also asking the court to direct the Minister of Home Affairs to issue them with SA ID documents on the grounds that they are permanent residents of SA in terms of the Immigration Act read together with the Identification Act.

They are also asking the court to review and set aside the decision by Home Affairs not to renew residency permits “knowing that the holders of the permit have known no other home besides South Africa for more than 10 years”.

This decision was unconscionable, irrational, unreasonable and unconstitutional, according to the court papers.

Zimbabwean Exemption Permit (ZEP) holders have a constitutional right to an equal path to citizenship in SA, and that right is being withheld, the association says.

In April 2009, cabinet approved what was known as the Dispensation of Zimbabweans Project (DZP), allowing permit holders to work, conduct business and study in SA.

Read also: There is a shortage of truck and bus drivers in South Africa, says ISS

According to Home Affairs, 295 000 Zimbabweans applied for the permit and just over 245 000 were issued.

This was an attempt to regularise the residence status of those Zimbabweans residing illegally in SA due to political and economic instability at home.

Nearly 198 000 ZSPs were issued, according to the Department of Home Affairs. When the ZSPs expired in 2017 they were replaced by Zimbabwean Exemption Permits, or ZEPs.

These permits, like their predecessor, allowed Zimbabweans to work, study and conduct business in SA, but were not renewable and did not entitle the holder to apply for permanent residence in SA.

According to papers before the court, these permits were issued in terms of Section 31 of the Immigration Act which allows the Minister of Home Affairs to grant foreigners the rights of permanent residence for a “specified or unspecified period when special circumstances exist” that justify the decision.

The applicants in the case say the ZEP is a permanent residence permit valid for a specific period of time as allowed by the Immigration Act, and that they are therefore entitled to ID documents.

“It is further submitted that the holders of Zimbabwean Exemption Permits have a legitimate expectation for the renewal of their current permit, and for permanent residence, without any further conditions, and the right to apply for citizenship in the Republic of South Africa.”

According to Advocate Simba Chitando, who is representing the applicants in the case: “The problem faced by many hundreds of thousands of Zimbabweans in SA is that they have been here for 10 years or longer under a variety of different permits, and it is generally conceded that they make a huge contribution to the SA economy, yet these permits do not allow them to enjoy the benefits that come with permanent residence, such as full access to banking facilities, or the right to accumulate pension savings.

“We argue that it is past time to grant permanent residence to those Zimbabweans who have been living and working in SA in a kind of no-man’s land. We believe it is reasonable to expect to be granted permanent residence when the ZEPs expire, which they do in November 2021.”

This website uses cookies to improve your experience while you navigate through the website. Out of these, the cookies that are categorized as necessary are stored on your browser as they are essential for the working of basic functionalities of the website. We also use third-party cookies that help us analyze and understand how you use this website. These cookies will be stored in your browser only with your consent. You also have the option to opt-out of these cookies. But opting out of some of these cookies may affect your browsing experience.
Necessary Always Enabled
Necessary cookies are absolutely essential for the website to function properly. These cookies ensure basic functionalities and security features of the website, anonymously.
Functional
Functional cookies help to perform certain functionalities like sharing the content of the website on social media platforms, collect feedbacks, and other third-party features.
Performance
Performance cookies are used to understand and analyze the key performance indexes of the website which helps in delivering a better user experience for the visitors.
Analytics
Analytical cookies are used to understand how visitors interact with the website. These cookies help provide information on metrics the number of visitors, bounce rate, traffic source, etc.
Advertisement
Advertisement cookies are used to provide visitors with relevant ads and marketing campaigns. These cookies track visitors across websites and collect information to provide customized ads.
Others
Other uncategorized cookies are those that are being analyzed and have not been classified into a category as yet.
SAVE & ACCEPT
Total
27
Share
27
0
0
0
0