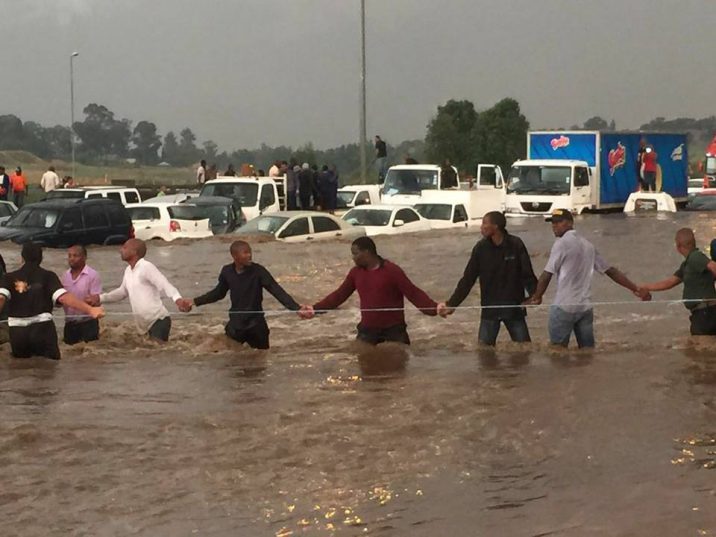 The truck driver pulled the patient out of her car and swam with her on to the back of his truck.

A truck driver braved the flood in Johannesburg on Wednesday evening to try to save a drowning motorist.

According to Emer-G-Med ambulance services, the truck driver braced the turbulent water to save a woman who became trapped after her car was submerged under water, Rekord Centurion reported.

The truck driver pulled the patient out of her car and swam with her on to the back of his truck.

“Unfortunately, she showed no signs of life. The good Samaritan truck driver and other motorists immediately began CPR and continued for over 30 minutes until paramedics arrived,” said the Emer-G-Med.

Despite resuscitation attempts, the woman was later declared dead on the scene.

“Emer-G-Med would like to extend a huge thank you to the truck driver, as well as many other motorists who did their utmost best to save as many lives as possible,” added the Emer-G-Med.