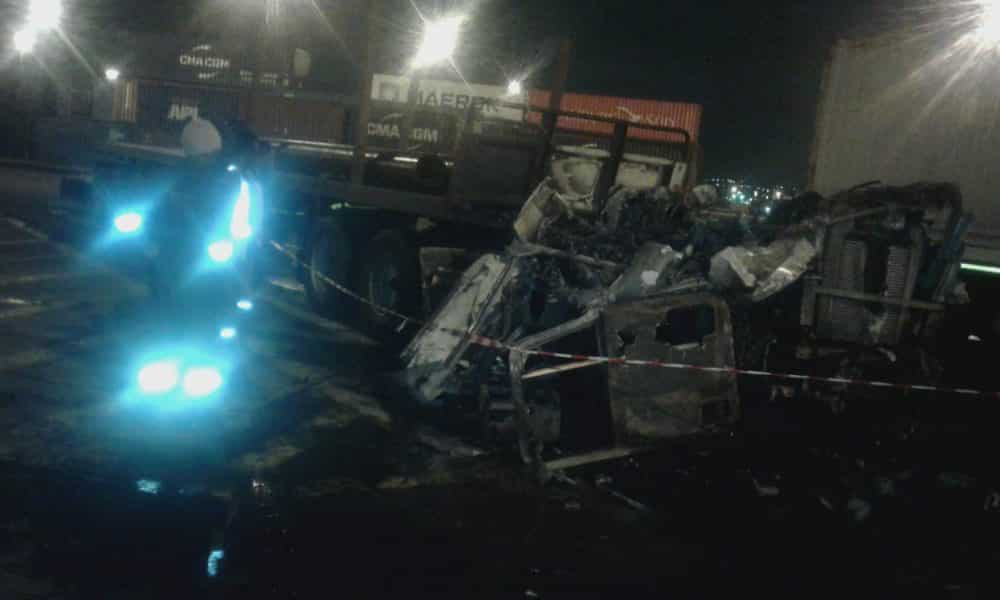 Durban – A truck driver is lucky to be alive after his truck burst into flames while parked at a bay waiting to load at Durban Container Terminal Pier 2.

The driver had just finished reversing into the bay when all of a sudden the truck burst into flames.

It was not immediately clear as to what caused the explosion but unconfirmed reports allege that a gas stove tank might have exploded causing the fire.

No serious injuries were reported.

Johannesburg – A truck driver sustained serious injuries when he was ejected…

The Namibian reported: SIX people died after a sedan they were travelling…
Some Durban motorists woke up to heavy traffic congestion in Umbilo and…