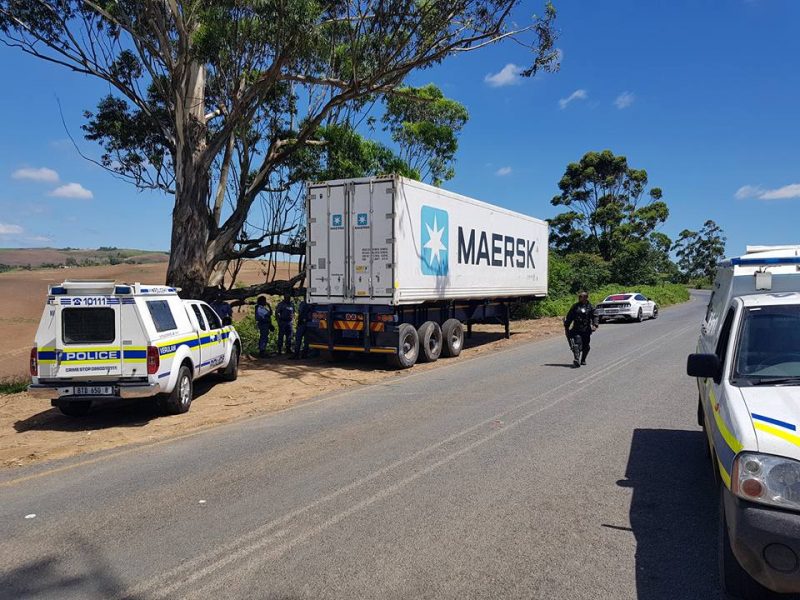 A stolen trailer loaded with a 12 metre shipping container containing 24 tons of chicken was recovered on Oakford Road near Osindisweni Hospital in Verulam, north of Durban, on Tuesday morning.

At approximately 09:53 members of Reaction Unit South Africa were dispatched to the scene after receiving a tip off from a passerby reporting the trailer abandoned on the roadside. Upon arrival Police Officials from the Verulam SAPS were on scene.

After investigation it was establised that the stolen goods belonged to Chester Meats and valued to be approximately R400 000.

It is alleged that the contents of the shipping container was imported from Brazil and was stolen from Durban on Monday night.

The contents of the container is generally used to manufacture processed chicken products such as polony, sausages and burgers.

It is believed that the suspects had stolen the wrong trailer and intended on stealing one containing dressed poultry.

The recovered goods is suspected of being contaminated due to it not being refrigerated over night.

A truck hijacker was fatally wounded, a second suspect injured, and a…

Sipho Ntuli, whose truck was involved in the horrific Jozini accident in…