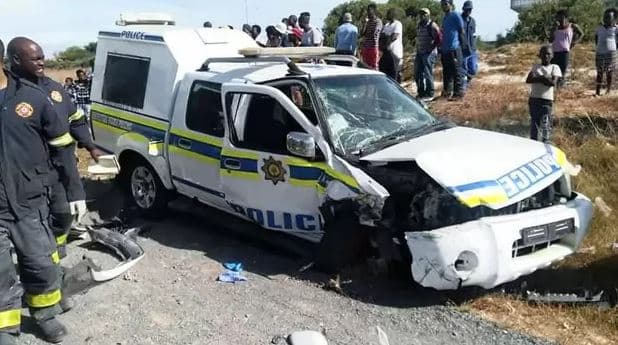 Cape Town – Left with no other way to alert cops about his hijacking, a quick-thinking motorist rammed his car into a police van to draw their attention.

Two suspected hijackers and three cops were injured in the crash.

Western Cape Police spokesperson Andrè Traut said the hijacking victim crashed his Toyota Avanza into a police van which was busy patrolling the streets of Mfuleni.

The incident happened shortly after a motorist was hijacked in his Toyota Avanza in Khayelitsha.

“The victim was hijacked by four suspects and was forced to drive his vehicle on the instruction of the hijackers.

“In Old Faure Road in Mfuleni, the victim spotted a police vehicle on patrol and deliberately collided into it to draw the attention of the SAPS members.

“During the collision two hijackers were injured as well as three SAPS members.

“The two injured hijackers were arrested while another two suspects managed to escape and evade arrest,” said Traut.

He said the suspects were under police guard in hospital and will appear in court soon.