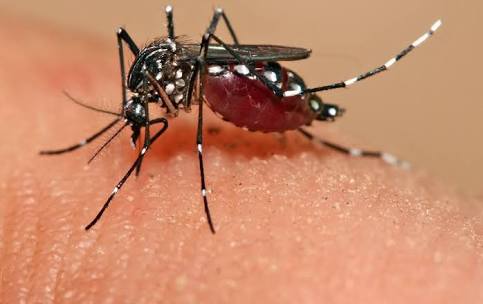 A cross border truck driver is grateful for the doctors at Qwaqwa general hospital for identifying and neutralising the malaria bacteria that almost killed him.

While it is believed that the human body can only take up to 8% before organs start giving in, he miraculously survived with 14% bacteria in his blood system.

Tinashe Mtungwazi, who works for a Durban based trucking company doing local and cross border hauls says a medical practitioner in Montclair, Durban misdiagnosed his condition for influenza and apparently gave him wrong medication.

It started on Thursday 22 March 2018 when the 33-year-old suddenly felt weak and he went to the local council clinic to seek help. He explained his condition and was given some pain medication and told to go to the hospital if there was no change.

“I unfortunately did not mention that I had just arrived from the DRC, and when I told my wife she said I should go to the pharmacy and see if we could get something to help,” he said.

“I told the pharmacist that I had just arrived from the DRC and have also been to Mozambique the previous month, before telling him what was wrong”

Immediately he advised me to rush to the doctor so that I would be screened for Malaria.

I went to the doctor in Montclair and told him about my visit to the clinic and the pharmacist but he apparently dismissed any chance that I had Malaria.

He gave me medication for influenza and discharged me.

I slept well and the following day I continued with a slow but steady recovery.

When my controller called me for a trip to DRC, I did not hesitate considering I was getting well. I reported for work and departed for DRC.

The same day as I approached Harrismith I just felt dizzy and asked my convoy to park off at our depot so I could relax a little.

I last remember driving into the depot but how I parked and everything after that I don’t remember.

I woke up at a bed in Qwaqwa hospital about three days after being admitted there. How I got there and what happened in between, a colleague told me was hectic.

I lost consciousness and my colleagues rushed me to Harrismith hospital in one of the escort cars. Seeing how serious the situation was, an ambulance was called in to transfer me to Qwaqwa hospital where the doctors worked fervently to stabilise me as the malaria bacteria was too much in my body.

Mntungwazi believes he is lucky to be alive because of the good work done by the medical team at Qwaqwa hospital. He has encouraged all cross border truck drivers to be wary of Malaria because if misdiagnosed it may be too late for the victim. He cited two other truck drivers who died from Malaria after a misdiagnosis.

Malaria is curable if properly diagnosed.

Do you have a story or warning that could help other truck drivers? Please share and save a life.

In one of its largest fleet deals concluded to date, Mercedes-Benz Trucks…

Durban – Some truck drivers protesting against the employment of foreign nationals…