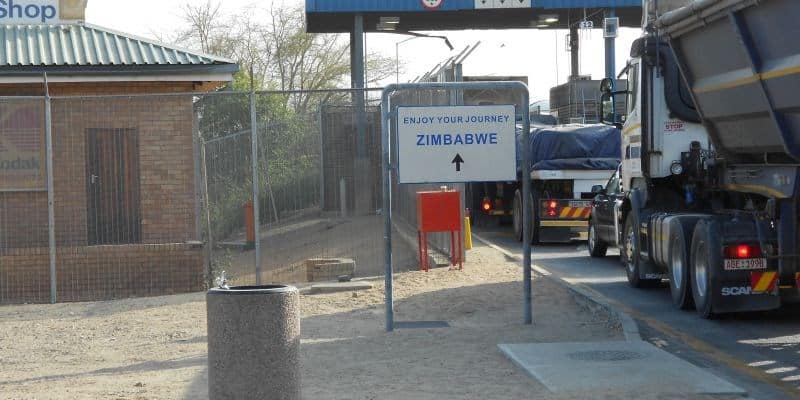 Driver behaviour has been identified as one of the main contributors to standing time (delays) at the Beitbridge border post in a new case study released by trade consultancy Tutwa Consulting. (Drivers’responses at the end of the article, updated constantly)

The case study was based on the findings of a team of four researchers who recently travelled to the border post for four days, interviewing a range of stakeholders that included government officials, truck drivers, clearing agents and cross-border traders.

“Drivers interviewed complained of poor working conditions, including a lack of downtime between trips, and said they preferred to spend more time at the borders to rest even once clearance was completed,” said Anna Ngarachu, a researcher for Tutwa Consulting. “Some drivers would commute home to their families in nearby towns or as far as Harare, awaiting completion of their clearance documents.”

She said that on average, this driver behaviour would add a day or two to total standing time – and since it was a result of poor working conditions, drivers had little incentive to change their behaviour.

According to truck drivers at the border post, the average clearance time for a truck whose documents were in order was 48 hours – but this was dependent on the type of cargo being carried.

The case study also found that poor signage and a lack of disaggregated lanes, lack of risk management processes for scanning and inspections – as well as low levels of staffing among customs officials – contributed to border post delays. However, if drivers used pre-clearance processes, this would reduce time at the borders significantly.

Ngarachu noted that inefficiencies at the borders could benefit some firms operating at the borders, such as clearing agencies and service providers.

“Therefore, it is necessary to have a broad engagement with all stakeholders, through public-private interaction, to ensure the tension between trade facilitation measures and stakeholders engaged in border activities is minimised and the measures are not undermined.”

Ngarachu told FTW Online that the report was still under review by its funders but would be completed for publication in around a month’s time. Following this, it would be presented to policymakers in South Africa, Zimbabwe and Zambia as it also includes data relating to the Chirundu border post for transporters on their way to Lusaka from Zimbabwe.

“The full report will be presented to governments and customs authorities from these three countries as well as to the Southern African Development Community (SADC) so that they are able to use it in any adjustments to border operations and border redesign,” she said. “We believe that both border coordination entities as well as government will take our study into account as any previous studies did not consider or take driver behaviour into account and both public and private sectors will now be able to factor this into their operations and cost pricing model.”

She noted that Tutwa had already had a few stakeholder engagements where customs officials had shown a lot of interest in the report. She said that as standing times at borders had been shown to be the largest contributor to transport costs in southern Africa, unpacking the contributing dynamics was critical for the facilitation of trade in the region.

Some of the recommendations made by the case study include the formation of a regional federation of commercial cross-border drivers, standardisation of training and qualifications for customs brokers in the SADC region, construction of low-cost overnight accommodation as well as the introduction of a simplified trade regime for cross-border traders. FTW Online

Chipz Zee I disagree:
Tutwa guys your belief in that driver cause the delay at Beitbridge proves your researchers need neuro-surgeons to work on their heads. Has anyone of you got into a truck and tried to cross to the Zim side. Don’t give governments and operators the wrong infomation. Has anyone of you spent 18 hours in a queue burning diesel and not moving. If you really wanted to get the clear picture on the ground you should hev jas came with a loaded truck and saw the process for yourself. Instead of you moving from restaurants and offices you should have tried to fit one leg into our shoes for once. We dont want to stay here at this horrible hot expensive piece of hell……we want to move but the customs wont make us do. Do u even know that on average clientele in Zim pay for their duty only when the truck has a day or two parked in the truckstops, becoz they will be waiting for the papers to be submitted from SA side..you want to rush to build low cost accommodation to encourage more of the prostitution which has hit alarming levels already……be serious you guys. Instead of enlighting ZIMRA on how to process papers and smooth movement of traffic across the Limpopo you busy focusing on the least of the problems. Did you know on a typical day a ZIMRA officer can scan a truck in 10 to 15 minutes……instead of just 3minutes…..of course all this u never researched on it. Focus on the real drags instead of the the cheap reasons u putting accross board….did you know after crossing yoy can wait up to 4 hrs to get a stamp on your papers that can enable you to go for scan……and the condep issue did you know about it…..that’s my 2 cents.

Gora I disagree:
Tutra don’t know wat they are talking about because most companies pay per trip so it doesn’t make sense to delay yourself sitting at the border. And also if it was drivers fault why don’t trucks spend days waiting on Zim side SA bound. Sars know their job hence there are no delays. Zim side they delay you so you can get frustrated and end up paying them a bribe for easy passage. Zimra is to blame full stop

Elder Muza I disagree:
I would like to disagree on the point of drivers leaving their trucks at Beitbridge, that is happening at Chirundu with Zambian drivers not Zimbabweans. On the point of clearing agents closing early i do agree. Last week i crossed the Beitbridge boader from Zimbabwe at about 22.00 and arrived on the SA side to find the customs officers working normally but I had to sleep over in the boader because my clearing agent was gone, he only came at 7am in the morning. On the zim side i think they need to look at the last check point after the scan where they put Zimra seals. At that check point you find that the person who is doing the paperwork is the one who will also come out to put the seal there by causing a lot of delays

Bhebhe, I disagree:
There is no driver who enjoys staying at Beitbridge, Chirundu and other borders. Those places are too hot and everything is expensive to buy. Many drivers use their own money to motivate officials to speed document processing. They are chasing trips after all, you don’t get paid for leaving the truck at the border but to deliver. The more trips you make the more you make. Focus should be shifted onto officials especially ZIMRA, those guys are the kingpins of the border delays

Gibson, I disagree:
I doubt if there is a single driver who wants to spent his time away from family..I am also a driver and from my own experience the scan and seals issue are the major contributing factors at beitbridge border post..As for Chirundu,Zambian side person nel are very slow even in acquiting trucks

Durban – Two people were injured in crash between a bus and…