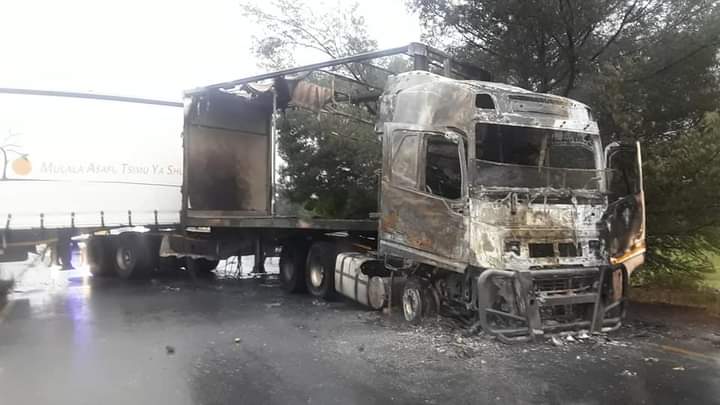 Ekurhuleni Metro police have confirmed that a total of six trucks were burnt in two separate incidents in Alrode last night.

He says the wrecks were found in the early hours of Thursday morning and severely disrupted morning traffic.

SAPS is on scene investigating the cause of the fires.

“Old Vereeniging Road in Alrode Industrial park between Bosworth and Potgieter road by Empilisweni train station is currently closed for the flow of traffic due to three burnt-out trucks since last night at 22:00.

“Also the Heidelberg road between old Vereeniging and N3 in Roodekop ext 1 is temporarily closed due three burnt out trucks since the early hours of the morning,” said Mokheseng.

It is not yet known what caused the fires, but Mokheseng says police are investigating the matter.

“On both incidents the South African Police Service is on sight conducting investigations and motorists are advised to be patient since the roads are wet following the pouring rain.”