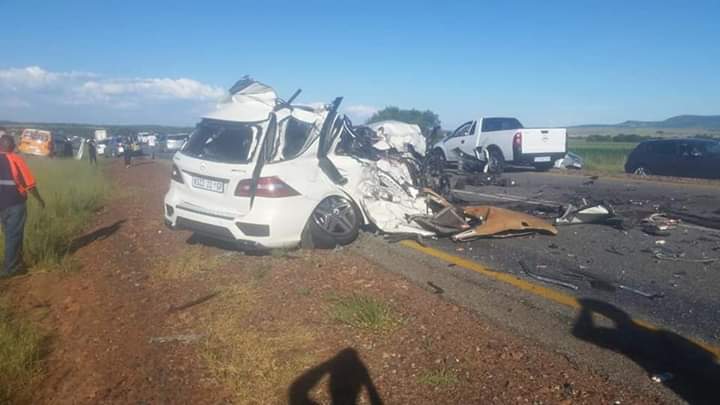 Three killed in bus and SUV crash on N12 near Fochville

Three elderly people died and three others were seriously injured when a bus and an SUV collided on the N12 near Fochville in Gauteng late on Sunday afternoon, paramedics said.

ER24 paramedics as well as provincial services, the fire department and Gladiator Distress Alert were on the scene at 5.10pm to find two men, aged 70 and 83, and a 72-year-old woman had suffered multiple injuries and showed no signs of life, ER24 spokesman Ross Campbell said.

“They were declared dead on arrival. Two others from the SUV and one male in his mid 40s from the bus had sustained serious injuries and were taken to a private hospital in Carletonville nearby. Thirty-eight other passengers from the bus elected not to be taken to hospital.”

According to an eye-witness, who spoke on condition of anonymity, a white Mercedes Benz SUV overtook another vehicle on a solid white line and collided head-on with a bus travelling in the opposite direction.

However, authorities were at the scene to investigate the exact cause of the crash.

Durban – Videos of a tornado in KZN have been doing the…

A light delivery truck burst into flames on the M13 in Hillcrest,…