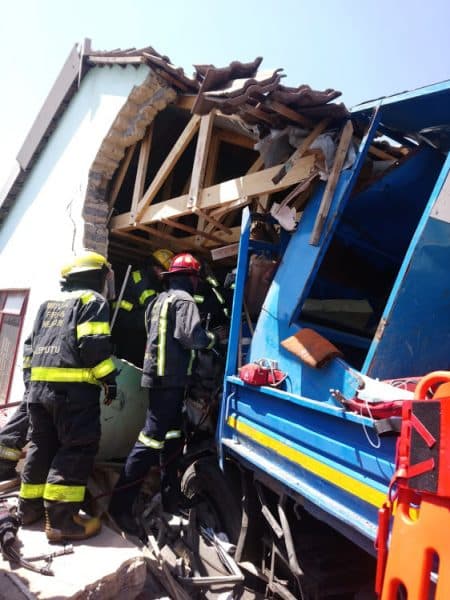 Three men were injured when a truck they were travelling in crashed through a fence and into a house in Meyerton, south of Johannesburg.

The incident happened on Tuesday near the John le Roux offramp on the R59 road.

ER24 paramedics and Midvaal firefighters arrived on the scene to find that the truck had smashed into the side of a house.

ER24 spokesman Russel Meiring said the trio were found trapped inside the cab of the vehicle.

“Midvaal fire services had to use specialised rescue equipment to free the entrapped men from the vehicle,” he said.

“Once freed, medics assessed the men and found that two had sustained moderate injuries, while the third man had sustained serious injuries.”

The men were treated for their injuries, with the seriously injured man provided with pain-relief medication, before they were transported to Kopanong and Sebokeng hospitals for further care.

Durban – A man has been killed and another left entrapped after…

Durban – A truck driver was seriously injured when he was involved…

So often taxi drivers get away with reckless driving without any consequences…
Limpopo: One person was killed when a truck and a Mercedes Benz…