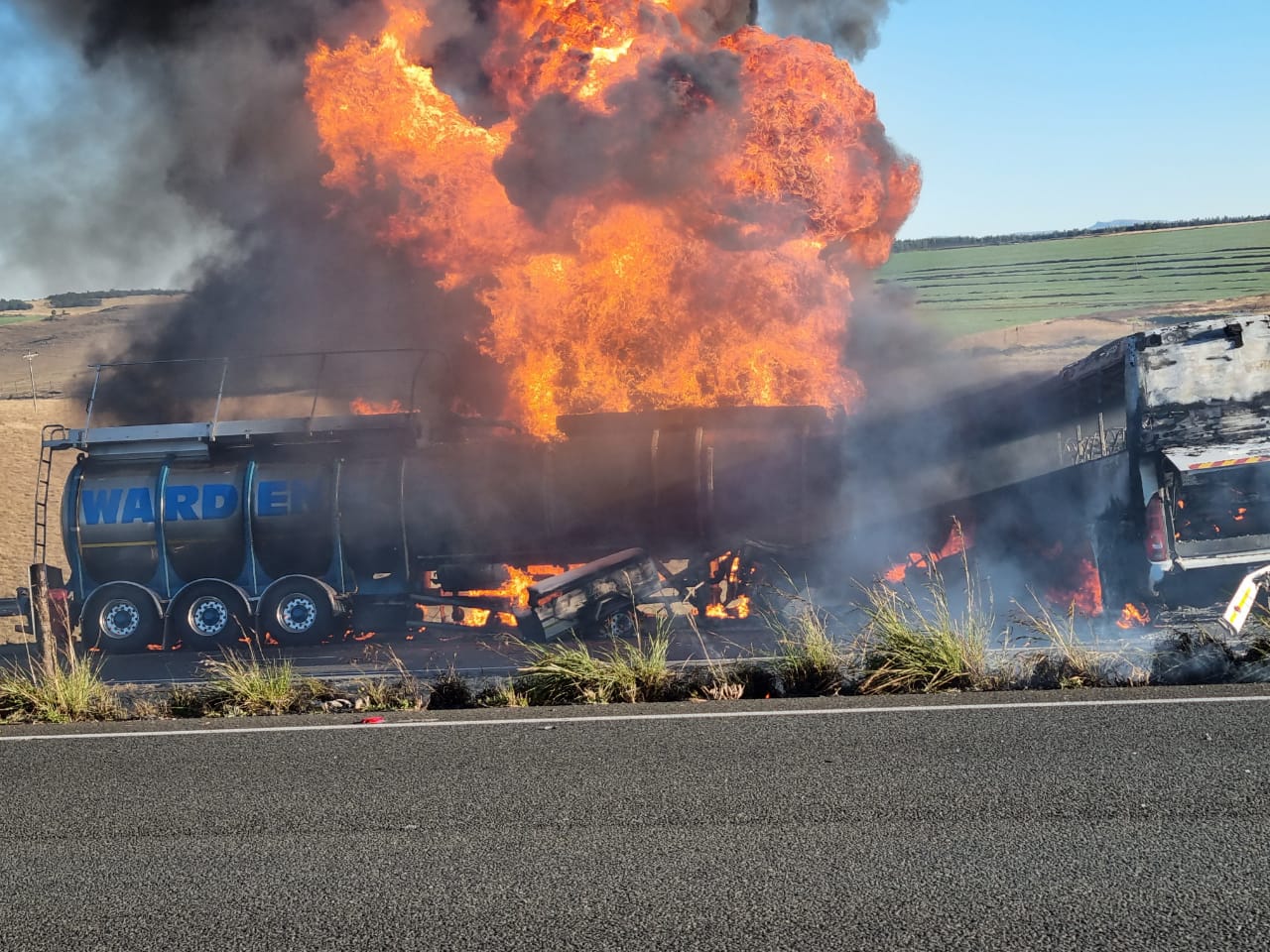 Seven people have been confirmed dead in a multiple-vehicle fiery accident on the N3 north just before the Hidcote off ramp in Mooi River.

Some of the vehicles caught fire trapping their passengers inside, but firefighters managed to control the blaze after several hours.

Netcare 911’s Shawn Herbst said both the north and south lanes were closed after a tanker and bus collided after 3pm.

He said their paramedics together with Nsele Emergency Services ambulance responded to reports that multiple vehicles were involved in the collision.

The main road between Durban and Johannesburg was closed for hours after the multiple-vehicle crash just after 3pm Monday on the N3.

A video of the burning tanker and bus was shared on social media showing both vehicles well alight.

Initial reports suggested four people were in critical condition and about 40 other people had minor to serious injuries.

Mckenzie said two trucks — one a tanker carrying a hazardous chemical — were involved in the crash, as well as a bus and a light motor vehicle.

Though the blaze had been contained, the tanker was still smouldering and the heat from the fire was what was stopping the southbound lane from flowing.

Road Traffic Management Corporation provincial spokesperson Zinhle Mngomezulu said traffic towards Durban had been diverted at Midway and towards Johannesburg at the R103.

It could not be immediately verified if the truck drivers were amongst the casualties.

Durban – What caused a Durban municipal buses to catch a light?…
#VulaPresident – Dj Tira, Zakwe, and many other Durban artists have blocked…