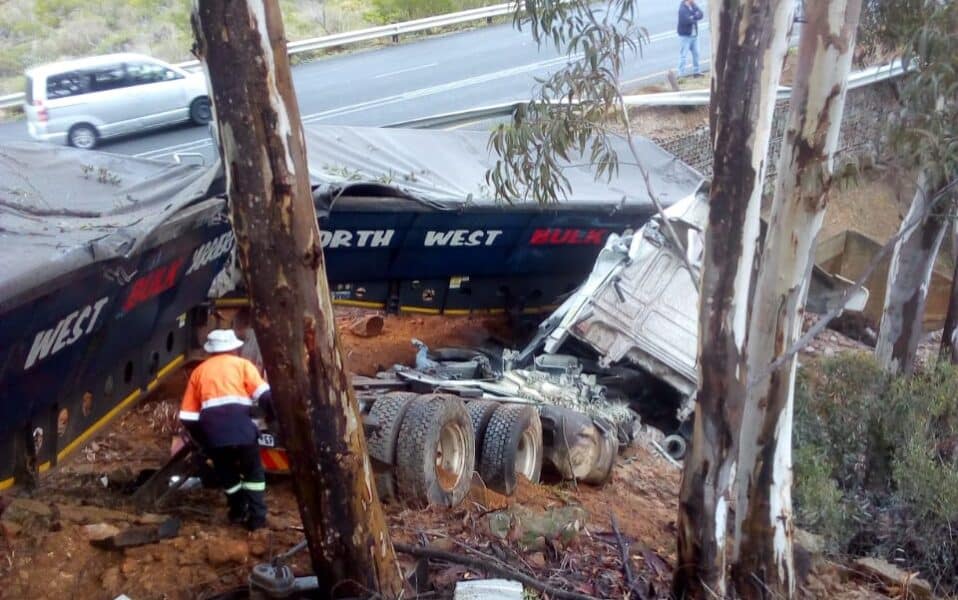 Three people have been seriously injured after a truck crashed on the N7 at the bottom of Piekenierskloof Pass on Saturday afternoon.

The crash happened just after the Piekenierskloof Lodge entrance at Hebron.

According to reports from the scene, the truck driver was trying to avoid a car which stopped in front of the truck without warning.

He lost control and veered off the road, luckily missing a big hole where the cab could have landed.

Watch: Most horrific crash ever captured on camera