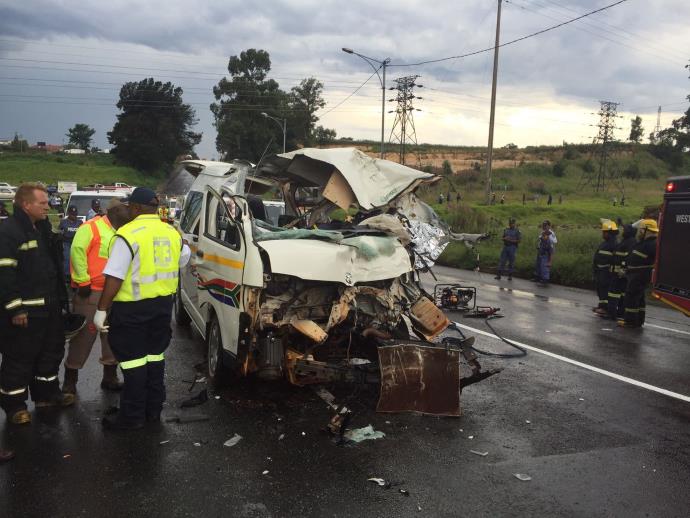 Approximately seven people have been killed and 14 others injured this afternoon when a taxi and truck collided head-on at the Main Reef and Luipaard Road intersection in Krugersdorp.

ER24 paramedics, along with several other services, arrived on the scene and found both the taxi and truck parked in the middle of the road. The taxi was found to have sustained a large amount a large amount of damage in the collision.

Unfortunately, nothing could be done for to patients and they were declared on the scene.

A number of the bodies lay trapped inside of the vehicle.

Paramedics on scene assessed the patients and found that approximately 14 had sustained injuries ranging from minor to serious.

The patients were treated for their injuries and thereafter transported to various hospitals in the area for further treatment.

Local authorities were on the scene to close off the road as well as to begin their investigation.

Durban – At least five trucks have been set alight on the…

Durban – Traffic was severely backed up for more than 10km on…