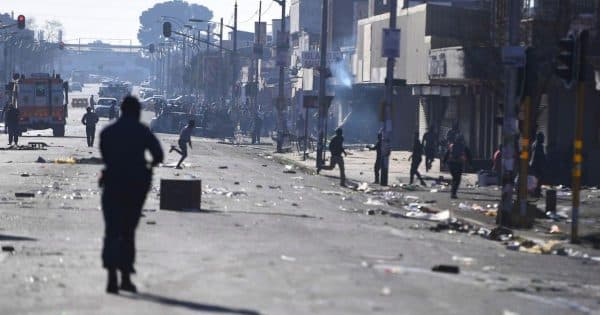 The presidential special envoys have told heads of states in West African countries that South Africans are generally not xenophobic, despite attacks on foreign nationals.

“They further drew the attention of heads of state and government to the sincere, public apologies extended by President Ramaphosa about the unfortunate events in South Africa; expressing government’s view that such acts of criminality and violence represented neither South Africa’s values systems, nor the sentiments of South Africans, particularly against foreign nationals living in the country,” said the president’s spokesperson Khusela Diko.

Following the recent attacks on foreign nationals that essentially pitted South Africa against other African countries, Ramaphosa sent a delegation led by Radebe to West African countries to mend relations.

Diko said the delegation informed Ramaphosa that the heads of state of the countries visited, which were Nigeria, Niger, Ghana and Senegal, had accepted Ramaphosa’s public apology over the violent xenophobic attacks on foreign nationals which he issued at the memorial service of the former Zimbabwean president Robert Mugabe.

Although concerned about the attacks, heads of state in Nigeria, Niger, Ghana and Senegal told the special envoys they appreciated Ramaphosa’s courtesy to send a delegation.

“The heads of state noted with concern the irresponsible use of social media by certain individuals to create confusion and tension in the public mind. They also raised their concern about the reported causes of tensions between South Africans and migrants,” said Diko.

The special envoys also delivered a message that the country advocates for peace and promotes interaction “among people of different backgrounds”.

“A number of the countries agreed on the need to adopt a common approach to deal with criminality irrespective of the national origins of the perpetrators. In Nigeria, for instance, the point was emphasised that, in addition to the law-enforcement operations that the South African state has been implementing, it is necessary to strengthen systems in prison facilities to deal with challenges arising from some of the prisoners conducting their illegal activities from the prisons, even beyond the borders of SA.”

Nigerian president Muhammadu Buhari will on Thursday undertake a first official state visit to South Africa since the attacks.

During the height of the unrest earlier this month which were reportedly targeted mostly at Nigerians, Buhari sent a special envoy to meet with Ramaphosa to assure his people that the country was doing enough to end the violence.

“”I am sending a special envoy to President Ramaphosa to share our deep concern about the security of Nigerian lives and property in South Africa, and to ensure that the South African government is doing everything within its power in this regard,” Buhari said at the time.