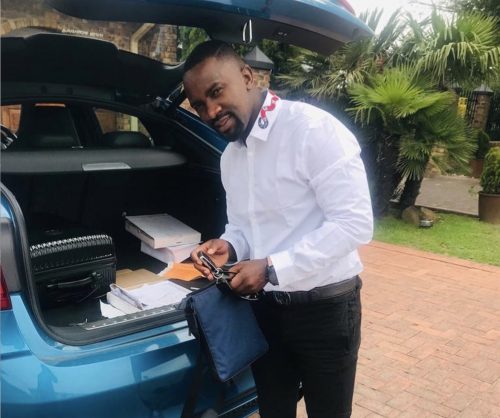 A warrant has been issued for the arrest of Mpumalanga trucker boss, Sam Chabalala after he failed to turn up in court on Friday.

The 24-year-old was expected to appear at Witbank Magistrates Court for his corruption, fraud, possession of illegal firearm and ammunition charges.

According to the provincial NPA spokeswoman, Monica Nyuswa, Chabalala failed to show up in court and a warrant of arrest had to be issued.

“A warrant of arrest has been issued for him to be re-arrested. The matter has been postponed to 26 March, failing which, his bail will be forfeited to the state,” she said.

Chabalala was out on R200 000 bail was arrested last year September by the Hawks after he tried to bribe home affairs officials.

During his bail judgment, Magistrate Mdumiseni Mavuso told the court that Chabalala’s accusations of being a flight risk were not proven. He said he would grant him bail because of the strong family ties that he had in the country.

“There’s no evidence he has family outside the borders of the republic and its unknown if he has business and family ties outside South Africa,” he said.

On Monday unknown men reportedly fired gunshots at Chabalala’s yard in Bethal. It is reported that his security guard was nearly killed. A case of attempted murder was also registered with the Bethal police.

Chabalala was recently re-arrested for another charge of corruption which he was granted a bail of R500 000 by the Middleburg Magistrates Court last week Wednesday. He was whisked out of the court’s premises by a convoy of traffic officials who escorted him.

The multi-millionare trucker who made headlines last year July after flashing a convoy of his expensive 72 cars to the Durban July event had claimed to be born in Venda, however, in his recent corruption case, it was revealed that he was born in Zimbabwe 28 years ago and his real name is Gilbert Tachuona.

State prosecutor, Eric Sihlangu said: “The department of home affairs has indicated that the applicant obtained a South African ID through misrepresentation.”