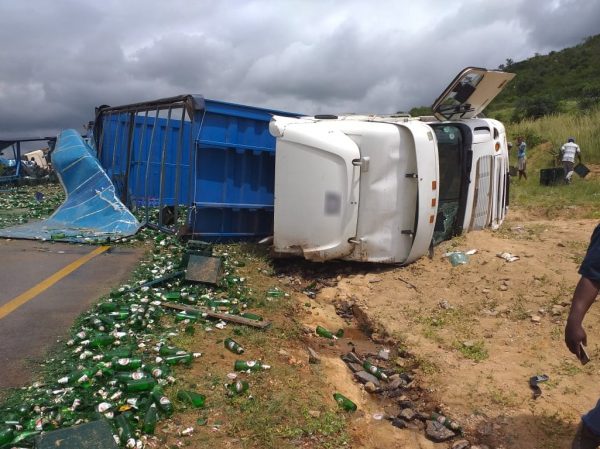 One woman was killed and sixteen others injured this morning following a collision between a bus and truck on the R81 between Polokwane and Tzaneen in Limpopo.

ER24 paramedics arrived on the scene at 10h30 to find numerous services already in attendance.

A heavy truck was found lying on its side in the one lane.

Hundreds of alcohol bottles that had been on the back of the truck was spread across the scene.

The second vehicle, a bus was found a short distance away, also lying on its side.

On closer inspection, paramedics discovered the body of a woman lying outside the bus.

Unfortunately, the woman had already succumbed to her injuries. Nothing could be done for her and she was declared dead.

Sixteen other patients were attended to on the scene. Assessment showed that that the injuries sustained ranged from minor to moderate.

The patients were treated for their injuries and were thereafter transported to nearby provincial hospitals for urgent treatment.