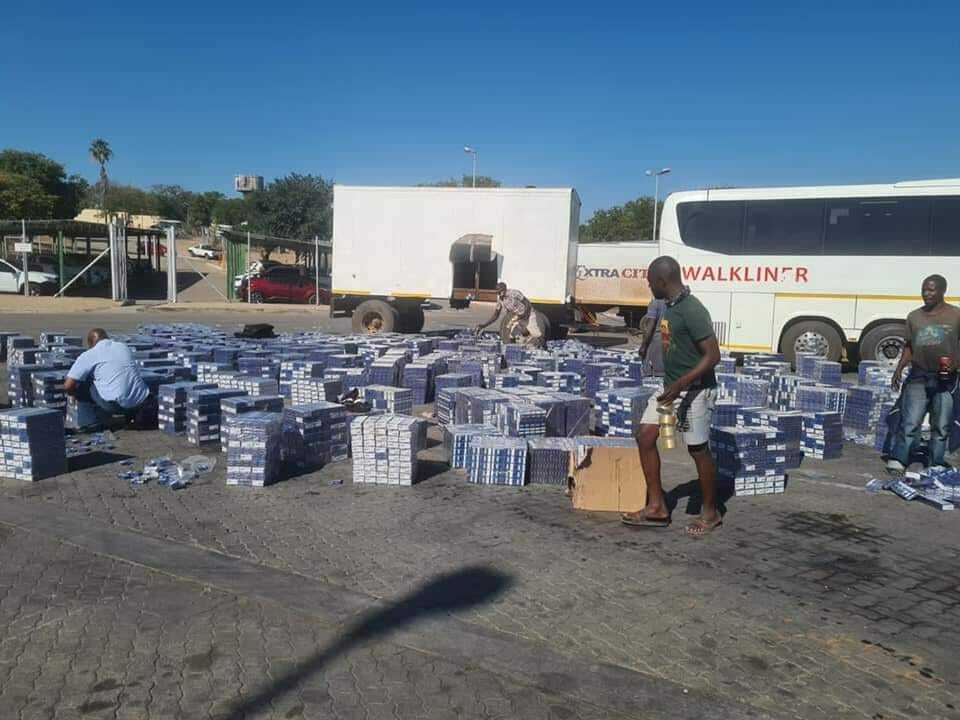 A crossborder bus crew has been arrested at the Beitbridge border post while trying to smuggle illicit cigarettes to the value of R2 million.

The suspects, two foreign nationals, were nabbed at Beitbridge border post on Friday morning, 09 July 2021 after they were stopped in their tracks, allegedly smuggling large consignment of illicit cigarettes into the country.

The Police received a tip-off about a bus with a trailer carrying illicit cigarettes in the vicinity of Beitbridge.The bus was spotted and routinely directed to the searching bay.

The Police, together with Customs Officials started searching the trailer and found 239 master boxes of Remington Gold illicit cigarettes and 35 cartoons worth over R3 Million. Two suspects were immediately arrested and the third one managed to evade arrest. The search for the escaped suspect is still continuing.

The Provincial Commissioner of the South African Police Service in Limpopo Lieutenant General Thembi Hadebe has applauded the members for swiftly responding to the information provided and arrested the suspects. Lieutenant General Hadebe also thanked community members for continuously assisting the police in the fight against crime.

The suspects, aged 30 and 63 will appear in Musina magistrate’s court on Monday 12 July 2021 on a charge of possession of illicit cigarettes.