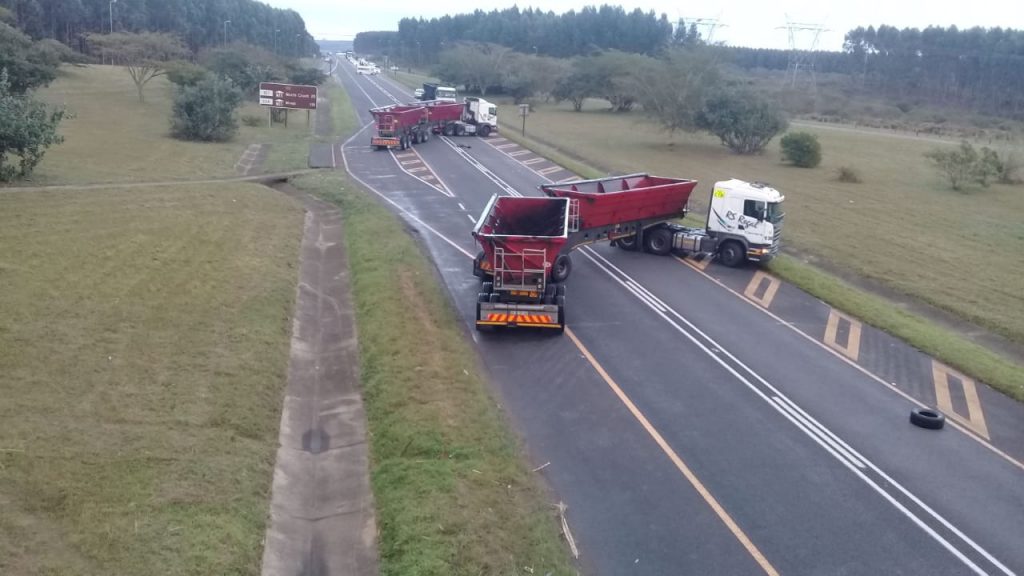 Chaos on KZN north coast as trucks blocks off the N2

Durban – There is chaos on the roads around Richards Bay on the KwaZulu-Natal north coast this morning.

“The whole City of uMhlathuze has woken up to the news that that roads, especially the N2 from the north, coming from Nseleni side, as well as the entrance and exit from Nseleni township has been blocked by trucks, buses and protestors,” said city spokesperson, Mdu Ncalane.

The City of uMhlathuze says protestors have blocked several entrances to the city, with the N2 freeway near Nseleni township being the worst affected.

The municipality says protestors now appear to be spreading to different entry points.

Ncalane is urging road users to be careful.

He says police have been dispatched to try and quell the situation.

“We are trying to establish the main cause of these blockages. Yesterday, we had been dealing with a completely different issue involving the taxi associations,” said Ncalane.

“After the meetings there were some decisions that were taken, which calmed the situation. But now, it is truck drivers. So I think it is a completely different situation.”