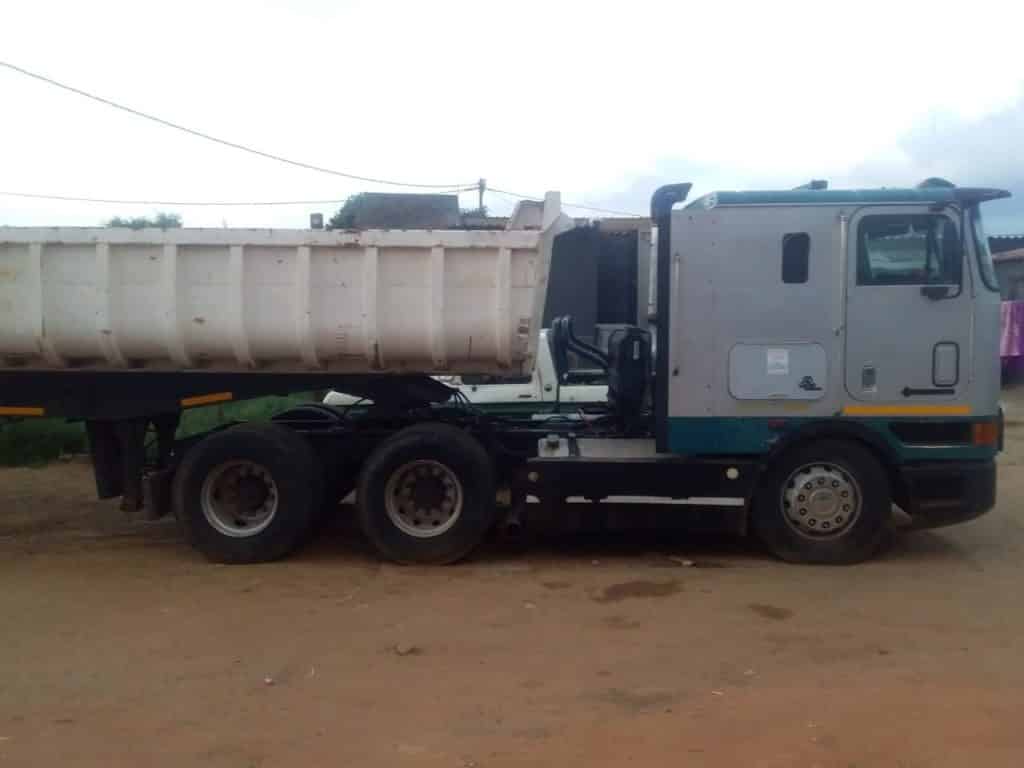 A flat deck trailer, a pantech trailer, a back tipper and an International truck were recovered on the premises. None of them had registration plates or licence disks.

The flat deck trailer was positively identified by the owner. He says it was stolen on the night of the 5th of January 2020 in Meadowdale.

The recovered vehicles were taken to Lenasia vehicle impound.

Meanwhile, over the weekend Gauteng police arrested a suspected truck hijacker who is believed to be part of a gang terrorising truckers around Gauteng.

The suspect was found in possession of an unlicensed firearm and ammunition, a replica of a firearm and two suspected stolen motor vehicles.

He is also being charged with impersonating a police officer after he was found in possession of two SAPS appointment certificates with his photo but different names.

Two vehicles that were at his Stoneridge residence, a red VW Golf GTI and a grey VW Polo, were checked and confirmed as stolen in August 2019 in Hlogotlou and December 2017 in Sunnyside, respectively.

The suspect is one of three suspects arrested for truck hijackings after the first two were arrested the previous day in an intelligence-driven operation that led police to a plot around Umnandi in the Olievenhoutbosch policing area.

On arrival at the plot, police allegedly found two black males off-loading boxes containing bars of bath soap from a Scania truck reported hijacked at Tarlton in the West Rand.

The suspects were arrested for possession of the suspected stolen property.

There are thieves all around us that’s certain, but to know that…

Cape Town – Left with no other way to alert cops about…