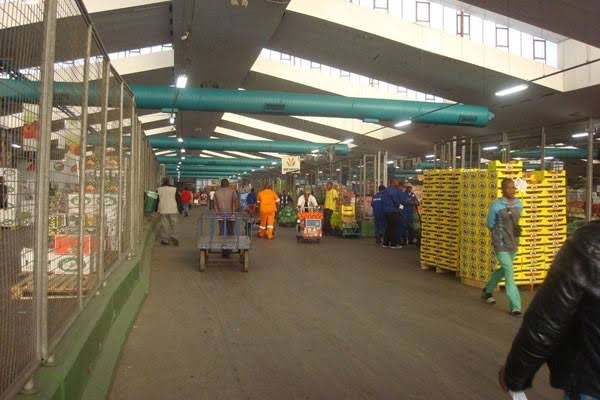 Durban – The violent attacks on trucks in KwaZulu-Natal has had a major impact on the Durban Fresh Produce Market.
The eThekwini Municipality said the Clairwood-based market had been affected, as a number of trucks had not reached the market since Sunday.

This comes after the resurgence of violent attacks on trucks in KwaZulu-Natal since Saturday after local truck drivers called for a nationwide protest.

Municipality spokesperson Msawakhe Mayisela said that it had been a challenge for some of the producers to transport their produce to the market.

“A substantial number of loads were either not sent to the market by farmers or alternatively were redirected to other areas/customers.

“The market is extremely popular and is utilised by different categories of buyers, small and big.”

According to the city, on average, more than 800 buyers utilise the market on a daily basis.

An agent at the market, who buys fresh produce from the producers to sell to clients, including big retailers, said there were usually more than 20 trucks that arrived daily.

“Things are bad here since Sunday.

“On Monday, we had about five trucks that arrived with our stock and today (yesterday) there was just one truck that came in.

“Some of the trucks arrive here very late, as they have to use alternative routes, which causes delays and more expenses.

“The logistics companies told us that it’s a risk to keep on transporting the products due to the trucks being burnt.

“Other companies now have problems with insurance which is why they decided not to transport for now.”

Another agent said they would be left with no choice but to increase the prices of the products.

“If you have less stock than you usually do, obviously that affects the profit that you make a day.

“Usually I make hundreds of thousands a day, but after these incidents, it keeps on decreasing.

“We really hope this will end soon because it really impacts our business and profit.”

A vegetable and fruit shop owner from Chatsworth said if he was forced to buy fresh produce at higher prices, he would also have to increase the prices of his goods for consumers.

“Everyone wants to make a profit; that why we are in business.

“So if this violence also doesn’t end, eventually we will have to increase our prices and that will affect the communities we operate in.”

Professor Jannie Rossouw, head of the School of Economic and Business Sciences at the University of the ­Witwatersrand, said the burning of trucks was affecting the country’s economy.

Rossouw said the trucks play a major role in transporting goods all over and with the violence not ending, it would result in huge costs pressure.

“In this regard, communities are going to be affected the most if it doesn’t end.” This website uses cookies to improve your experience while you navigate through the website. Out of these, the cookies that are categorized as necessary are stored on your browser as they are essential for the working of basic functionalities of the website. We also use third-party cookies that help us analyze and understand how you use this website. These cookies will be stored in your browser only with your consent. You also have the option to opt-out of these cookies. But opting out of some of these cookies may affect your browsing experience.
Necessary Always Enabled
Necessary cookies are absolutely essential for the website to function properly. These cookies ensure basic functionalities and security features of the website, anonymously.
Functional
Functional cookies help to perform certain functionalities like sharing the content of the website on social media platforms, collect feedbacks, and other third-party features.
Performance
Performance cookies are used to understand and analyze the key performance indexes of the website which helps in delivering a better user experience for the visitors.
Analytics
Analytical cookies are used to understand how visitors interact with the website. These cookies help provide information on metrics the number of visitors, bounce rate, traffic source, etc.
Advertisement
Advertisement cookies are used to provide visitors with relevant ads and marketing campaigns. These cookies track visitors across websites and collect information to provide customized ads.
Others
Other uncategorized cookies are those that are being analyzed and have not been classified into a category as yet.
SAVE & ACCEPT
Total
114
Share
114
0
0
0
0