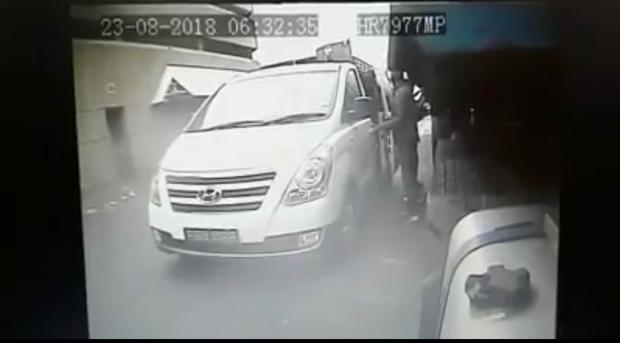 Durban – Durban Central SAPS are looking for a group of men who stole goods from the back of a truck which was parked near a warehouse in Umgeni Road, Durban on Thursday.

The incident which was captured on CCTV cameras showed a Hyundai H1 kombi stop alongside the truck which was parked outside the entrance to the warehouse of Arrow Cash and Carry in May Street.

The truck had brought goods on pallets to deliver to the store which had not yet opened.

The video captures how the men ripped open the side canvas and began offloading the goods into the kombi without fear. At least three men can be seen in the video.

A source said the men offloaded approximately three pallets of boxes containing body lotion. The driver who was in the cab at the time attempted to drive off but the men had somehow sabotaged the truck so it could not move.

A case of theft had been opened at Durban Central SAPS.

Almost 2 pallets stolen in under a few minutes. Please contact Sumtas Bulk if you have any info. Happened at Arrow Cash n Carry

Three people, including a young child, died in a crash on the…
Pinetown police are seeking assistance from the public to locate Makosi Langa…