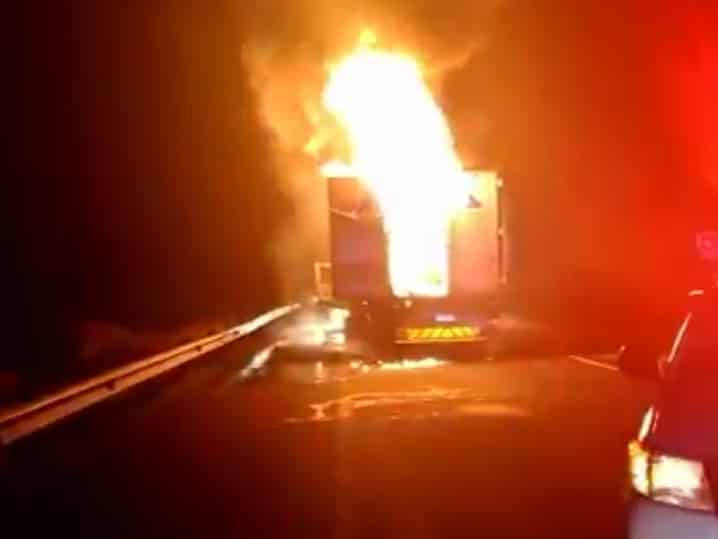 Durban -Truck owners cannot simply fire foreign nationals as most of them have work permits and according to the Constitution they have a right to work here.

This is according to advocate Priya Hassan from the Positive Freight Solution Forum, which represents 3000 truck owners.

She said that the government must amend the Constitution if it does not want foreign nationals to be employed in South Africa. It was not the decision of truck owners.

This comes in the wake of a resurgence of violent attacks on trucks in the country since last week after local truck drivers called for a nationwide protest.

Local drivers are calling for truck owners to retrench foreign nationals and employ them instead.

Hassan said they have been engaging with various departments and only the government can issue a go-ahead to not employ foreigners.

“If the government makes that decision, they will be sending a message to the international sector that ‘we don’t want to work with you anymore’. These people have permits to work here and they also pay tax as well. There are huge consequences that we will face as a country. You cannot apply this only to the logistics sector, it should apply to the whole country.

“Our policy does not allow us to turn away or retrench foreigners and even the Constitution does not permit it.”

More than 80 trucks were burnt across the country since August, according to Hassan.

She said companies had complained they had lost billions of rand.

“That is affecting the profit of companies which then impacts on the economy of the country, and that could lead to a higher unemployment rate.

“As the logistics industry, we contribute to the largest sector of the economy in this country,” she said, adding that they have asked the government to deploy the army on the roads because the police resources are limited.

South African Inland Logistics owner Arvin Badassery said that they are working in fear, as there are people who are constantly threatening them to retrench foreign nationals or they will burn their trucks.

“We have 11 foreign national employees out of a workforce of 130 people, and they are legally employed, and registered with the bargaining council.

“No directive has been issued on how to dismiss foreign drivers.

“We can only dismiss them if there is a directive from the government and there will be no implications for the company.”

Labour law attorney Michael Maeso of Shepstone and Wylie said the law and the Constitution would have to be changed to remove foreigners.

“As long as you are in this country lawfully and working lawfully, you are protected by the Constitution and by the Labour Relations Act.

“If the reason for your selection to be retrenched (is) simply because you are not a South African citizen (it) can be challenged in court successfully.”

He said retrenchments must be conducted in a fair procedure under the Labour Relations Act.

“The fair procedure includes fair selection criteria of retrenchment. If you were to select people simply because they are not South African citizens, that won’t be fair criteria.

Targeting them simply because they are not South African citizens was unfair, he said, adding that the Constitution said everyone in this country was entitled to fair labour practice.

Durban – There is nothing more annoying than being added to a…