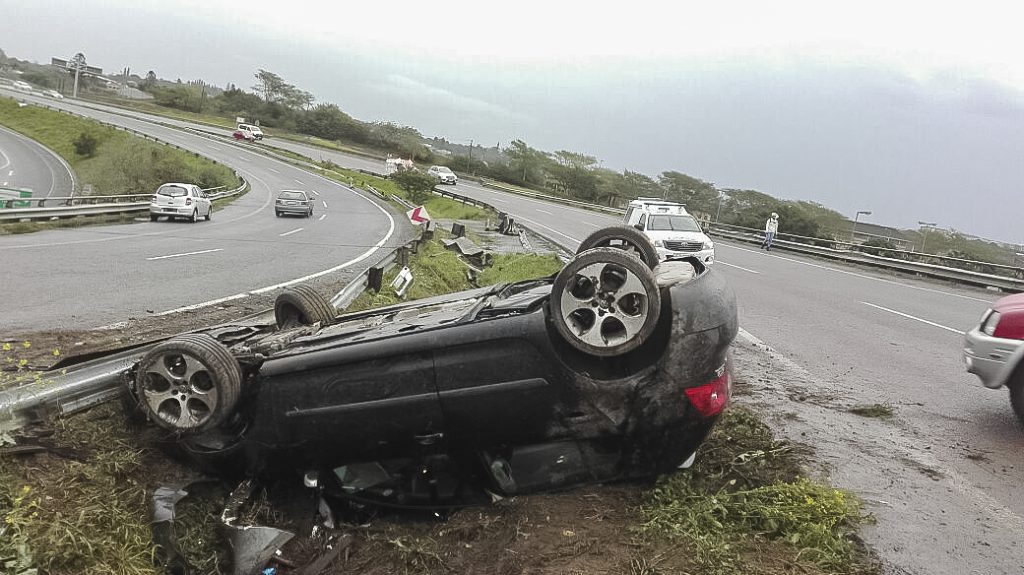 Four injured after M13 collision opposite the Westwood Mall

Four people were injured on Saturday afternoon after the vehicle they were travelling in rolled on the M13 highway.

Just after 16h00 on Saturday afternoon, the Netcare 911 rescue officer and paramedics responded to the collision on the M13 opposite the Westwood Mall.

Reports from the scene indicate that the vehicle left the roadway in the wet weather and overturned, its twisted frame coming to rest on its roof in the centre median.

Paramedics arrived at the scene and found that four people sustained injuries ranging from serious to minor.

The patients were treated at the scene before they were transported to a nearby hospital for the care that they required.

Paramedics attended to a several accident on the wet roads on Saturday, many people have been injured or tragically died.

Please reduce your speed, increase your following distance, and keep your headlights on to improve your visibility.

Remember you mean the world to your loved ones, don’t become another statistic on our roads today.