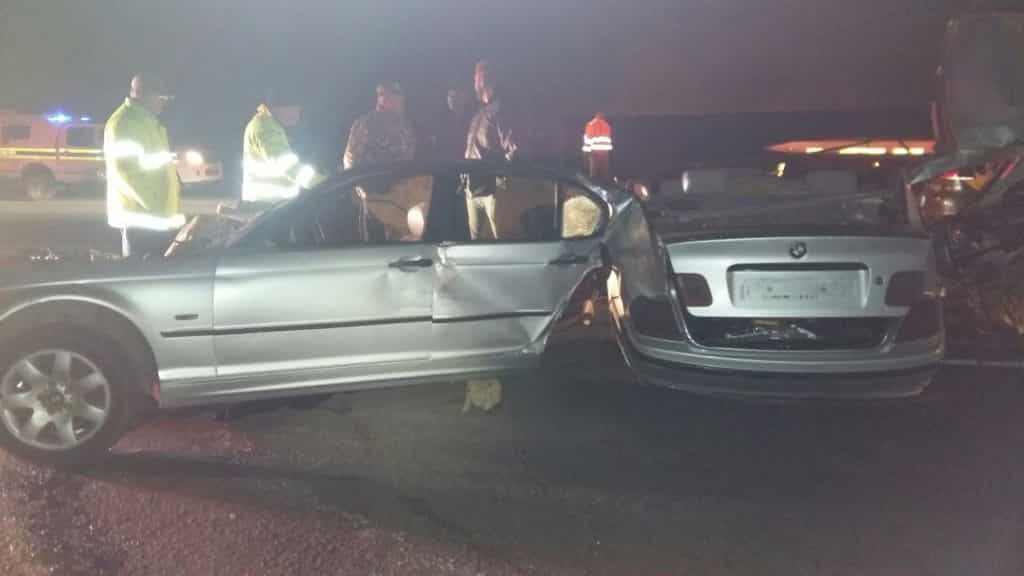 Three adults and a girl believed to be around nine-years-old were killed when two vehicles collided head-on on the N17 in Secunda, Mpumalanga in the early hours of Sunday morning, paramedics said.

ER24 paramedics arrived on the scene to find one vehicle in the middle of the road.

The vehicle had been split in two with pieces of debris spread across the scene.

The second vehicle was found lying off the side of the road.

Upon closer inspection, paramedics found the body of a man lying a short distance away from from his wrecked vehicle. In the second vehicle, paramedics discovered the bodies of a man, woman and young girl lying trapped.

Unfortunately, all four patients had sustained numerous, fatal injuries. Nothing more could be done for them and they were declared dead.

The details surrounding this incident are not yet known but local authorities were on scene for further investigations.