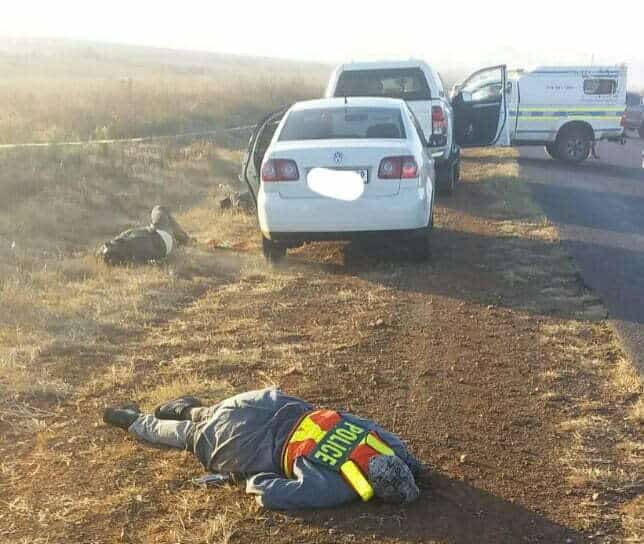 Two blue light hijackers dressed in police uniforms have been shot and killed by a motorist, who was also killed in the shootout, according to the Ekurhuleni Metro Police Department.

Two hijackers clad in police uniform were shot and killed by a motorist when they tried to rob him of his Toyota SUV on the R50 near Delmas on Saturday.

Ekurhuleni Metro Police Department spokesperson Kelebogile Thepa said the SUV driver produced his firearm, shot at the hijackers and was also killed in the gun fight.

“Three people were killed in the incident – the driver who tried to defend himself and the two hijackers who pretended to be police officers,” said Thepa.

Pictures started doing rounds on social media immediately after the incident, a VW Polo and the victim’s SUV can be seen. Bodies of the suspects can be seen not far from their car.

It was reported that one suspect survived the shootout and escaped on foot.

“The incident happened at around 9am on Saturday along the R50 outside Delmas. Delmas SAPS have taken up the scene and are investigating.”