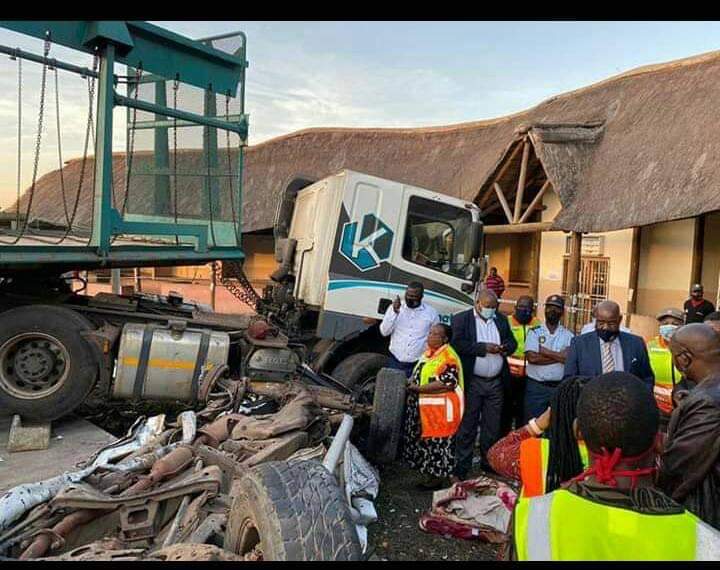 The Jozini horror truck crash court case has been postponed for further investigations, the National Prosecuting Authority (NPA) has said. The accused trucker, Sipho Ntuli, had abandoned his bail.

Ntuli’s truck was involved in an accident which resulted in multiple deaths and injuries in Jozini, KwaZulu-Natal in June.

“The matter was remanded to 5 August for Legal Aid and further investigations. The accused had previously abandoned his bail application,” NPA spokesperson Natasha Kara said on Tuesday.

Eight people died and 32 others were injured in the horrific Jozini truck crash.

Ntuli made his first appearance in the Ubombo Magistrate’s Court in late June.

He appeared on charges of driving under the influence of alcohol and eight counts of culpable homicide.

The truck Ntuli was driving crashed into pedestrians and vehicles, leading to multiple deaths and dozens of injuries. Ten vehicles were also damaged. Police have confirmed that Ntuli had traces of alcohol in his blood.

Relatives of the victims have called for Ntuli to face stiff punishment.

KwaZulu-Natal Transport MEC Bheki Ntuli, who visited the crash site on Wednesday, said he was “appalled” that the driver may have been drunk at the time of the accident.

Durban – An Ixopo family is mourning the death of a father…