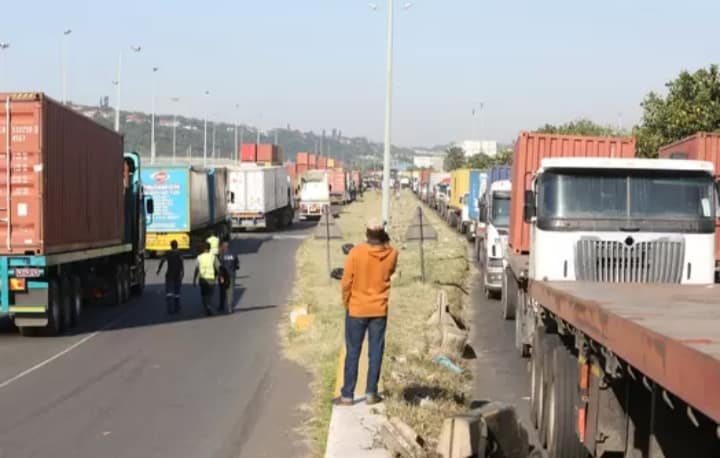 On Friday, drivers attended a meeting arranged by Employment and Labour Minister Thulasi Nxesi and his deputy Boitumelo Moloi, at the Royal Hotel, in the CBD, but complained such meetings were a waste of time because there was nothing new.

Siphesihle Muthwa of the National Truck Drivers Foundation told Nxesi that the inter-ministerial task team set up to look into the matter met in June, but still there was no solution.

“We have been discussing these issues for the past six years, but still, the government is not willing to come up with the solution. An employer hiring an illegal truck driver should have his operating licence revoked because he is breaking the law.

“When the drivers take action, do not blame us. Why are you afraid of enforcing the law?” Muthwa asked.

Nxesi said he understood their frustrations, but warned drivers to guard against actions which could nullify their grievances.

“I have heard you. I propose that we select a team which will be represented by every stakeholder including, companies. We should be furnished with a report every month,” he said.

Nxesi had another meeting with the business owners to discuss the issues raised by drivers.

The meeting was attended by SA Transport and Allied Workers Union, Togetherness Amalgamated Workers’ Union of SA and Revolutionary Transport Union of SA, among others.