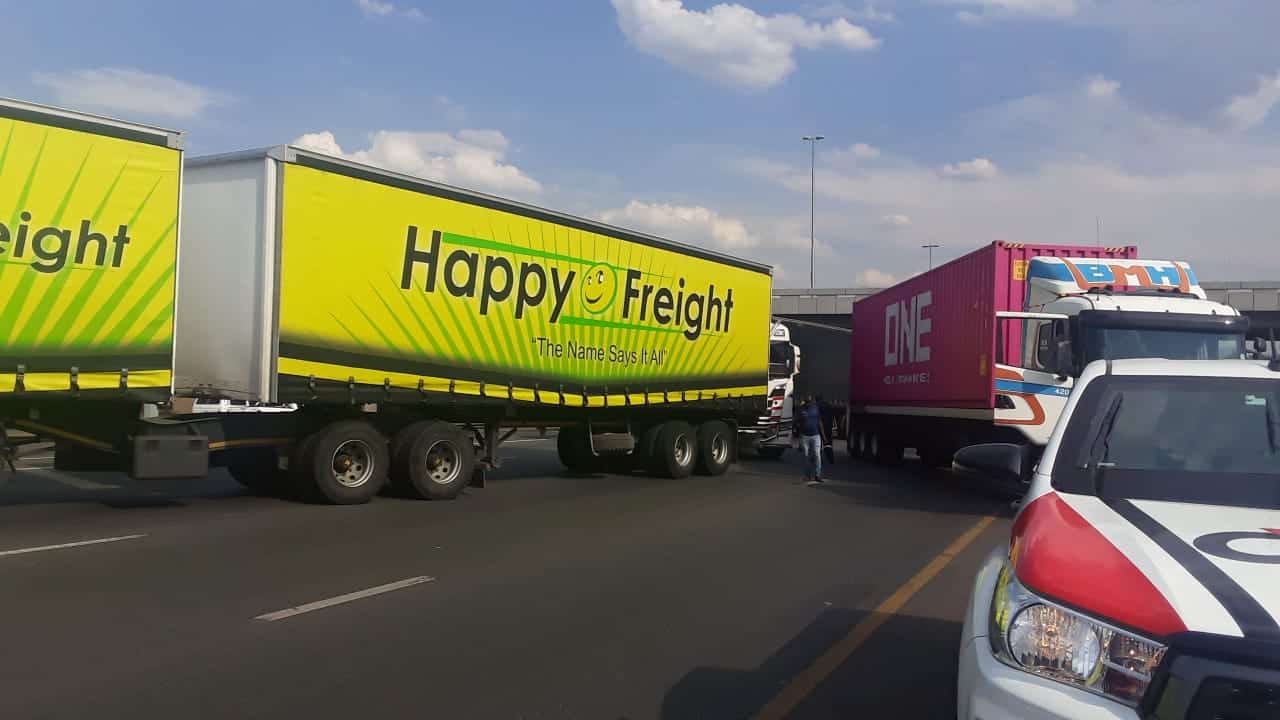 Contrary to social media reports, the blockade on the N3 at Grey Avenue on the Johannesburg bound carriageway was caused by a road rage incident involving a truck and a car.

The N3 was blocked by trucks between the R554 offramp and Grey Avenue on Sunday afternoon around 15h00.

According to an SA Trucker on the scene, a trucker drove recklessly in front of a man in a BMW. The BMW man then blocked the truck. Upon being blocked the trucker tried to drive around the BMW but ended up getting stuck while crossing three lanes.

The BMW man then grabbed the keys away from the trucker and waited for the police to come.

While waiting for the police, another truck allegedly bumped into the first truck, further blocking the road.

SAPS and Metro police attended the scene and the matter was resolved. As at 18h40 the scene had already been cleared.

Misleading information had already started making rounds in social media with some claiming it was an ATDF strike but SA Trucker has spoken to a few sources in the organisation who denied planning any strike.

Watch: Taxi driver who threw a brick onto another car arrested