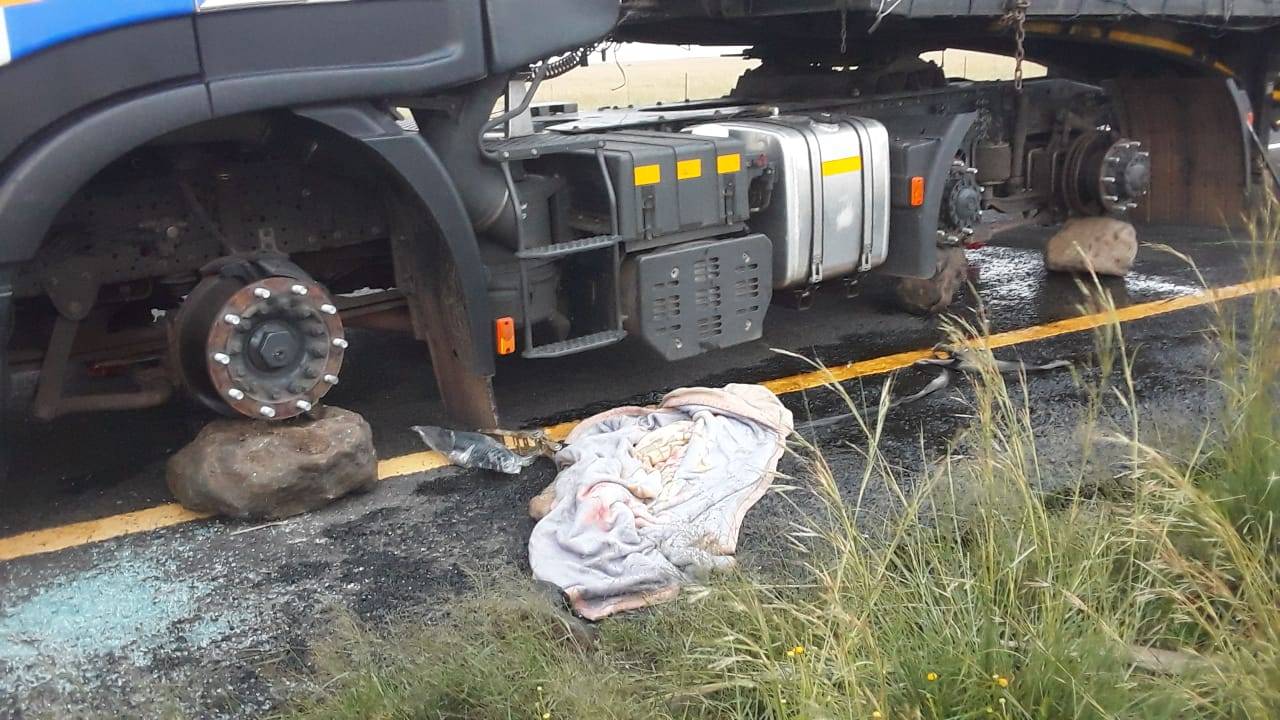 A 43-year-old truck driver was rudely woken up from a roadside nap, tied up and robbed of his belongings on the N1 near Winburg at the weekend, Free State police said.

Brig Motantsi Makhele said the truck driver parked his truck next to the road to take a nap.

“He was woken by someone who forcefully broke the left window of the truck. The unknown person pointed a gun at him and demanded his cellphone and money,” Makhele said.

“He was instructed to hand over the wheel lock nuts and both his hands and feet were tied with cable ties. He was laid at the back of the bed and threatened that if he made any move he would be killed.”

Makhele said the alleged robber then stole 10 tyres from the truck.

“The victim managed to loosen himself. Another trucker stopped next to him and they called the police.”