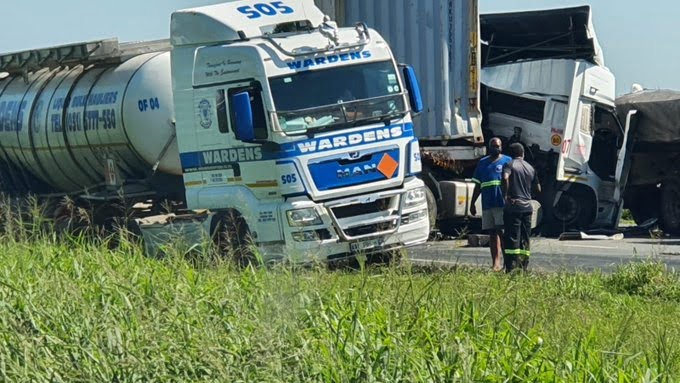 At least one person has been hurt on Tuesday morning when two trucks collided on the N3 Durban bound near Umlaas Road, Camperdown.

The person’s been taken to a hospital in Pietermaritzburg.

While it’s not exactly clear what led to the accident, reports from the scene are that it was a rear-end collision involving two heavy-duty trucks.

Traffic has been severely affected, and the N3 in that vicinity is a no-go zone.

Midlands EMS spokesperson, Mark Winterboer says medics, who are trying to get to the scene, experienced some challenges.

“People are not keeping the yellow lanes open for us which is a concern.”

So, if they could keep it clear it will enable us to get to the scene a lot quicker to assist the people that require medical attention.

“We tend to find people use the emergency lane and use it as another lane and obviously when they get to the front it’s backed up. So there was a delay, it took us 15 minutes to get there,” he adds.