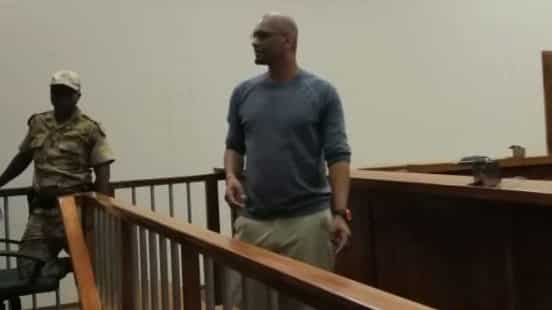 SA truck driver gets 28 years for strangling woman to death

A South African truck driver will spend 28 years in prison after his conviction and sentencing in a Namibian court.

He was sentenced to an effective 28 years imprisonment for strangling to death a 56-year-old woman who had just returned from the suspect’s engagement party.

The suspect, 38-year-old Willem Februarie, initially faced a charge of rape, in that he raped the deceased. He was, however, acquitted on that charge after the state failed to provide sufficient evidence.

In sentencing, Judge Naomi Shivute maintained that Februarie did not take the court into his confidence and opted to not testify in mitigation.

“The deceased was defenseless and was killed for no apparent reason and she was robbed of her life,” Judge Shivute said.

Diederick’s lifeless body was found in her backyard by her 33-year-old daughter.

During trial, she testified that she had just arrived home from rugby practice when she found her mother’s body.

“When we got home that night, we called my mother’s phone and we could hear it ring around the house. We looked around and found her body at the back of the house. I found her face-down, with a plastic on her head. Her body was covered with a jacket and she had no pants on. My sister quickly jumped the stairs and took the plastic off her head,” Diederick’s daughter told the court during trial.

Februarie maintained his innocence during trial.