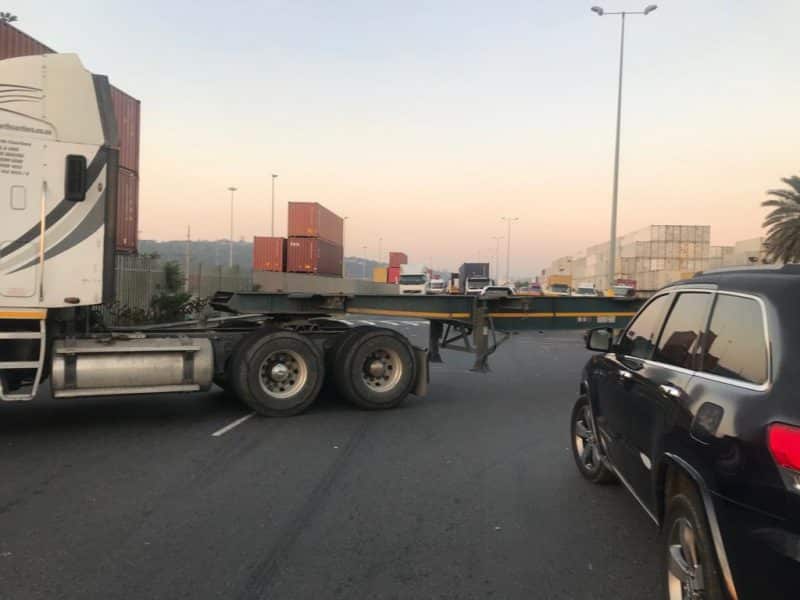 Durban – Transnet Port Terminals and Transnet National Ports Authority (TNPA) were due to meet disgruntled truck owners who have blocked off the entrance to the Durban Container Terminal on Wednesday.

Truck owners who transport shipping containers to and from the Durban Container Terminal (DCT) are demanding an efficient service.

They slept overnight in their vehicles at the entrance to the DCT requesting a meeting with officials.

Adhil Chunder, a truck owner and spokesperson for the disgruntled truck owners, said they want with immediate effect a moratorium in all storage/detentions charges, not a single transporter must be held responsible or accountable for this blockade, no trucks must be banned from the terminal for these current actions, they want to be compensated for their standing time at the terminal in the same manner that Transnet bills them storage / late arrivals etc, Transnet security seems to be a law in their own banning of trucks in a regular basis for menial reasons, further taking weeks to unban a truck and most importantly they want trucks to turn around within 90 mins which was an agreement in the past 10 years or so.

Chunder said the machines/cranes and hysters in the port were not serviced regularly causing further delays in offloading ships.

Early on Wednesday there were 483 trucks in the DCT staging area, and two trucks inside the terminal. Container shipping operations has been affected.

Motorists were seen using the oncoming lane to access the port, surrounding businesses and the Bluff.

A spokesperson for TNPA said they would comment once the meeting was concluded.
Daily News

Five men were arrested on the N1 near Touws River, allegedly in…