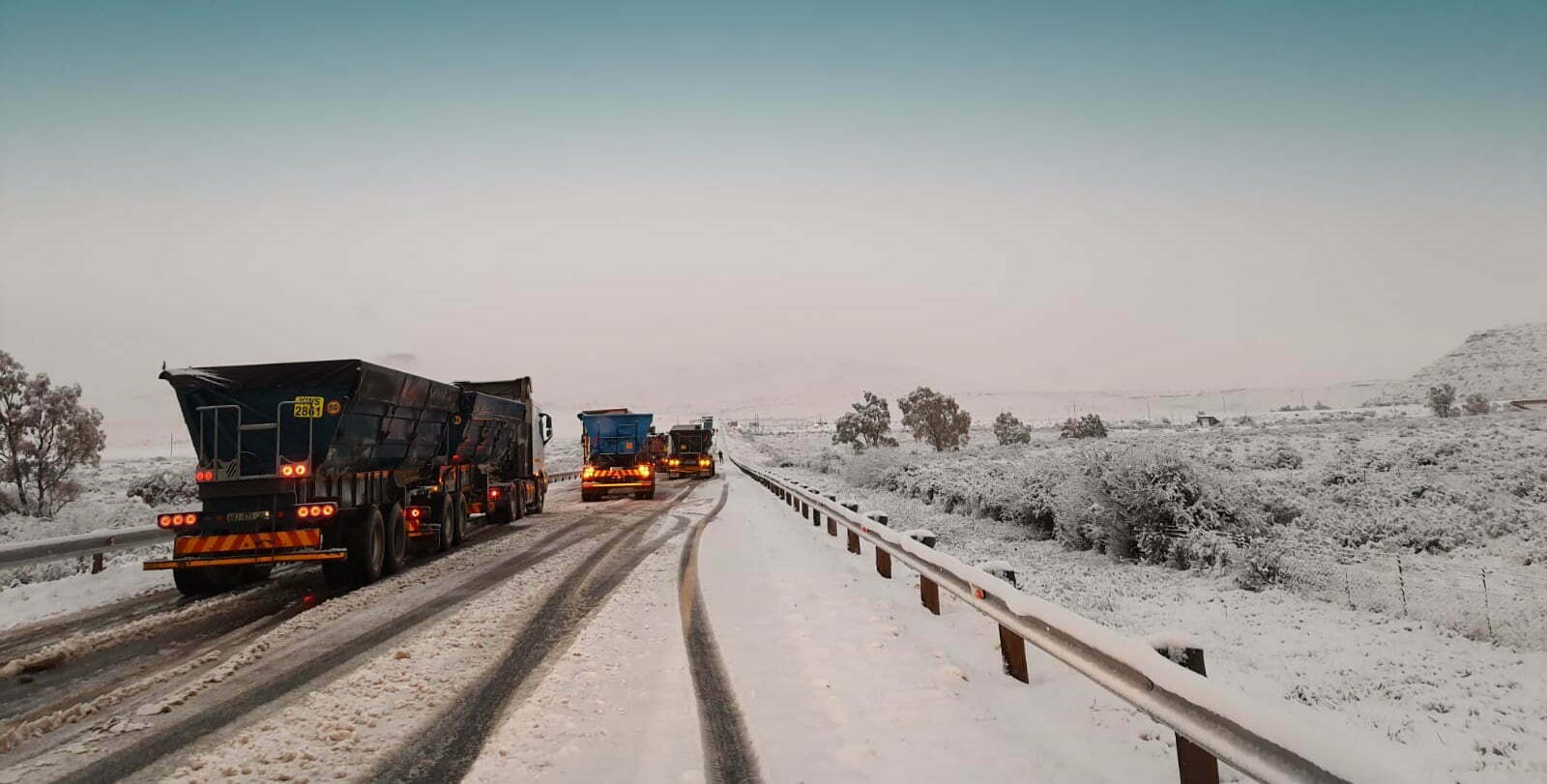 Truck drivers and motorists alike are warned to drive extra-carefully in snow as the road surface will be very slippery.

Snow has been falling in many parts of Eastern Cape, Free State, Northern Cape and KwaZulu-Natal.

This is due to 2 cold fronts which are currently affecting the areas.

In a video shared on social media, a truck was captured overtaking another truck on snow covered N10. The road is completely blanketed with snow and other vehicles are traveling at snail pace to pass safely but this trucker goes on and overtakes.

While, he may have completed his manoeuvre without incident, it could have been disaster if another vehicle pitched from the opposite direction.

The trucker recording the mischief says that the road is too slippery and very difficult to navigate but this overtaking trucker has none of it.

The incident happened this Saturday morning on the N10 near the Northern and Eastern Cape border.

Truckers please desist from endangering others and yourselves! You can't be overtaking in these conditions, a little patience will save you and others lives. #ColdFronthttps://t.co/Rq99uRbCWk pic.twitter.com/7XdQLgfMVw

The Wapadsberg Pass between Graaff Reinet and Cradock in the Eastern Cape is now also closed due to snow.

Earlier, the Lootsberg Pass between Graaff Reinet and Middelburg was also closed.

Spokesperson for the provincial Department of Transport , Unathi Binqose, says the Penhoek Pass towards Jamestown on the N6 is also being monitored but is still open.

There was also light snow on the Carlton Heights pass between Middelburg and Colesberg.

Binqose is urging motorists to exercise extreme caution as road conditions in the snow-affected area are slippery.

On the R58 between Barkly West and Elliot, a minibus taxi overtuned after the driver lost control due to snow. No injuries were reported.