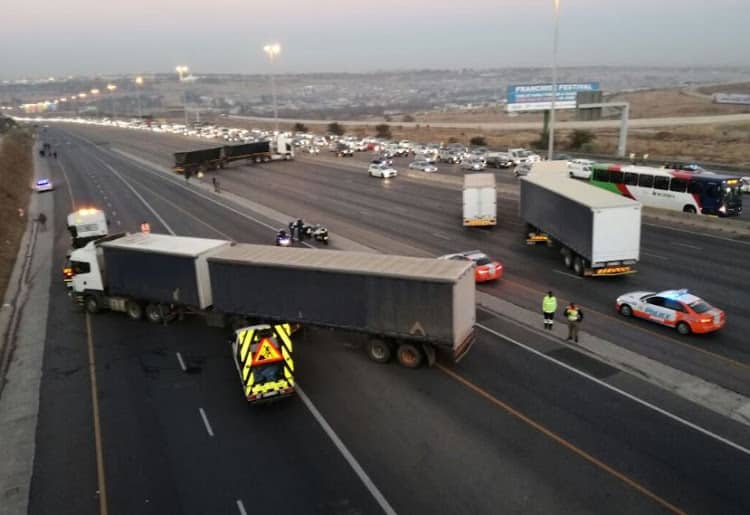 Several trucks were hijacked during a taxi strike in Johannesburg on Thursday‚ police said.

“Quite a few trucks were hijacked and keys were stolen for the purpose of blocking the highway. This happened by the Allandale off-ramp‚” Johannesburg Metropolitan Police Department (JMPD) spokesman Wayne Minnaar told TimesLIVE.

“At 3am on Thursday‚ the N1 north and south was blocked by taxis. The traffic is heavy on the N1‚ N12 and N3 on the south of Johannesburg coming from the Vaal area. Also‚ traffic from Pretoria to Johannesburg is affected as hundreds of taxis are joining in and driving slowly‚” added Minnaar

The police could not confirm any injuries or violence but noted that the truck drivers ran away after being hijacked.