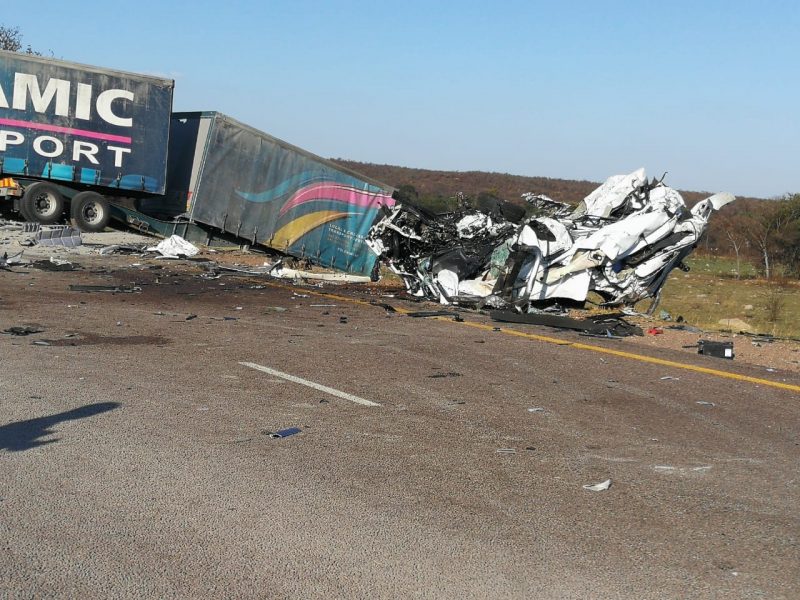 JOHANNESBURG -The Limpopo Health Department has now confirmed that 22 people have been killed in Friday afternoon’s multi-vehicle accident on the N1 north.

Emergency services are currently assisting survivors of this fatal accident on the N1 north, that’s resulted in a partial closure of the highway.

A 22-seater minibus, a truck and a light-delivery vehicle were involved in the collision between Mookgophong and Kranskop.

Health spokesperson Thabiso Teffo said: “We have been informed by our emergency medical services that there’s an unfortunate accident that happened at the N1 in Kranskop in Limpopo. The situation is developing as we are talking [and] our emergency personnel is working very hard to clear the scene working together with the Department of Transport.”

Earlier Transport Department spokesperson Matome Moremi Taueatsoala said both sides of that stretch of the N1 would be closed indefinitely.

He added: “It’s not yet clear what happened but we can confirm that the road is closed. We are trying to assist those that are alive but there are multiple injuries on the scene.”

An eyewitness drove past a scene shortly after the collision.

She described what she saw.

“On the left-hand side, there was a small bakkie that was burning. And on the right-hand side, there’s a truck that bumped a 22-seater, I think it’s a cement truck. There’s was a lot of cement all over the road. I think everyone in the 22-seater died because it looks terrible.”

Durban – What caused a Durban municipal buses to catch a light?…