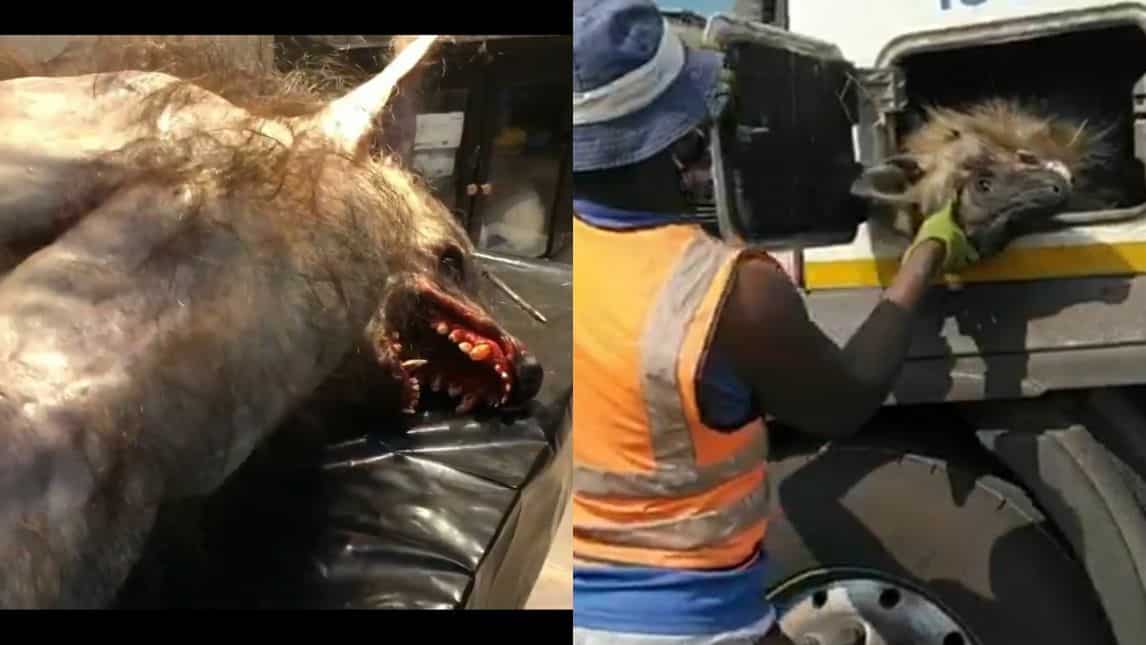 A video of a truck driver shoving what looks like a real-life werewolf or a hyena into his truck boot has gone viral online.

Another video shows what appears to be the body of a lycan, which is a subspecies of a werewolf in monster mythology. The creature is lying dead on the ground in the dark of the night, bleeding from its face.

The prosthetic dummy looks so realistic like a real life werewolf.

The similarities on both creatures’ heads makes it difficult to differentiate the two. Along with a hoax story that the animal was hit by a truck in South Africa, it becomes easily believable.

The videos have been shared numerous times on social media platforms some even warning South Africans to be on the lookout.

SA Trucker got in touch with the truck driver in the video, who has chosen to remain anonymous, who confirmed that the animal in his video was a dead hyena.

“I found the animal dead on the side of the R59 highway and took it, I didn’t kill it myself,” he said.

It's a hyena not a real life werewolf as has been reported elsewherehttps://t.co/1ACFlr0Ade pic.twitter.com/zWuMJfbXnO

As for the werewolf monster clip, it’s a dub over, as the original is actually part of what seems to be a short film from Portugal called “Lobisomem Morto a Tiros” which translates to “werewolf shot to death.”

Very original, we know. It was thrown up on April 1 by a user named Cloud Wolf, who’s got an entire YT page dedicated to the legendary creature.

As for how the hell this thing looks so real, you can chalk it up to great SFX work, courtesy of freelance sculpture artist Joseph-Rob Cobasky. He has photos up on his IG with his creation on the table (Frankenstein-style).

Obviously, it’s a top-notch job, especially since everyone thought it was the real McCoy. A testament to the quality, indeed.

The makeup team from “An American Werewolf in London” are probably nodding with glee, ’cause Joseph’s take on a werewolf ain’t all too different from what they cooked up in ’81.