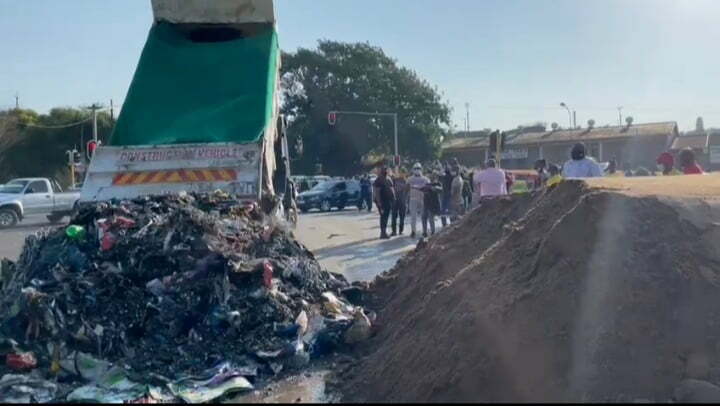 Watch: Pro-Zuma protesters block off the N2, force trucks to offload on roadway

The N2 highway and the R102 in KwaDukuza and Mandeni is affected. Protesters have allegedly forced tipper trucks to offload on the road.

The protest have been sparked the arrest of former statesman who checked into Estcourt Prison late last night.

Motorists are also urged to avoid the N2 between Ballito and the Tongaat toll gate.

Another group of people protesting Zuma’s arrest are blocking the highway.

Two trucks have been forced to tip their load onto the highway. Videos of the two trucks tipping sand and gabbage onto the road have surfaced on social media.

Happening in KZN Stanger N2 closed by protesters who are against the imprisonment of Jacob Zuma.#ZumaArrested pic.twitter.com/etJLFduqVo

N2 near Stanger in KwaZulu Natal is being blocked and trucks are offloading sand on the highway, to protest the imprisonment of President Jacob Zuma#ZumaArrested pic.twitter.com/zRHBajBaKP

In a rare trucking in Africa moment, a cow found itself lodged…