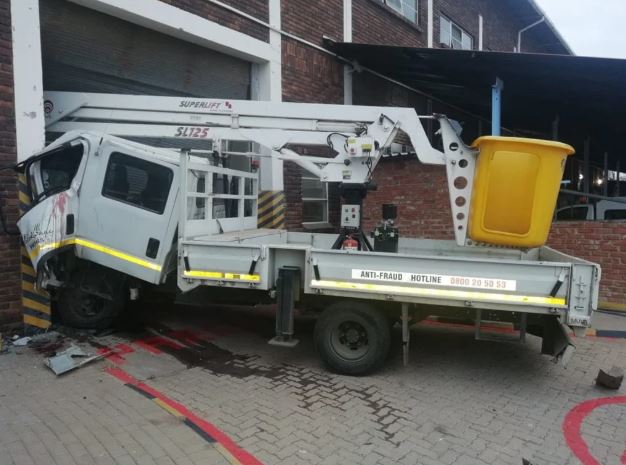 A video of a policeman shooting a man entrapped in a truck after crashing into a wall has emerged on social media. The victim is a Polokwane municipality employee who allegedly drove over a municipal law enforcement officer before losing control of the truck eventually crashing into the wall.

The 55-year-old municipal law enforcement officer who was run over by the truck was seriously injured and was admitted to hospital.

He later died in hospital.

“He was allegedly in possession of a dangerous weapon and threatened anyone who came closer. When other employees tried to find out what was going on, he suddenly started jerkingly driving the truck,” he added.

He allegedly drove the truck over the officer and when police officers arrived on the scene, he swerved the vehicle and damaged seven vehicles parked on the municipality’s premises, including two police vehicles.

Madubanya was denied bail when appeared before Polokwane Magistrate’s court on Friday. He is expected to be back in court today 09 September 2020.

A video of the incident has appeared on social media showing the shooting of Madubanya as he lay trapped in the municipal truck.

I wonder what the company did to Walter to think his life is worthless 🤔🙆‍♂️ N.B Not for sensitive viewers pic.twitter.com/gKOOqeV9UR