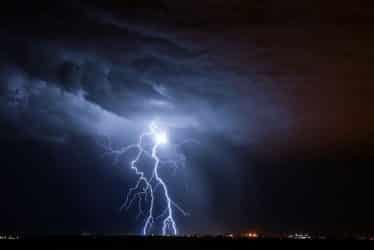 Warning issued for thunderstorms in Gauteng, Mpumalanga and Limpopo

The South African Weather Service has urged the public to be vigilant as severe thunderstorms are expected to hit Gauteng, Mpumalanga and some parts of Limpopo.

The warning was issued on Monday, with the storms forecast to last until Wednesday.

Forecaster Bransby Bulo said there was a 60% chance of thunderstorms on Monday and Tuesday.

He said that the storms could also cause flooding and he advised caution.

Ermelo, in Mpumalanga, was hit by hail “bigger than golf balls” on Monday afternoon, according to Storm Report SA.

The weather was expected to improve on Wednesday, with a 30% possibility of showers predicted.