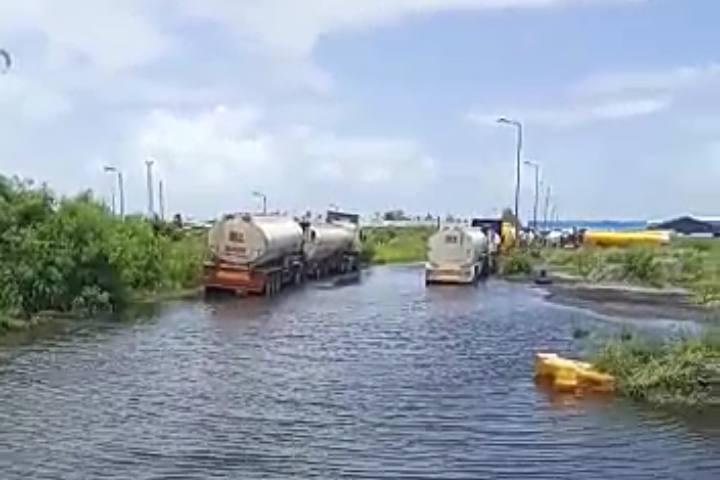 Roads leading to the port of Beira were flooded from Thursday afternoon as storm Eloise induced heavy rains poured on the coastal regions of Mozambique.

Tropical storm Eloise is still intensifying over the Mozambique Channel and expected to strengthen into a Tropical Cyclone on Friday night.

⚠️🌀ELOISE is expected to reach Tropical Cyclone status and make landfall near Beira in Mozambique. It is then expected to become an overland depression and result in significant rain over eastern parts of SA. Have a look at the alert areas below. pic.twitter.com/zSvbnATpiz

Heavy rain, rough seas and strong winds have been hitting the coastal regions of Mozambique as Eloise is moving parallel to the coast, towards Beira.

Observations are showing Beira has already received more than 150mm over the past few days and Eloise is expected to dump more than 200mm of rain over the coastal town as she makes landfall and moves southwest overland this weekend.

After landfall, the system will rapidly weaken into a depression and reach the Limpopo River Valley by Sunday.

Accumulated rainfall shows totals of 100mm to 200mm are possible in parts of Mozambique, southern Zimbabwe and eastern South Africa through the weekend into Monday.

The South African Weather Service has issued an L4 Yellow warning for disruptive rain possible over Mpumalanga and Limpopo on Sunday into Monday.

In the video below, trucks navigate through a flooded road inside the port of Beira.

As the summer holiday season draws to a close, traffic volumes have…