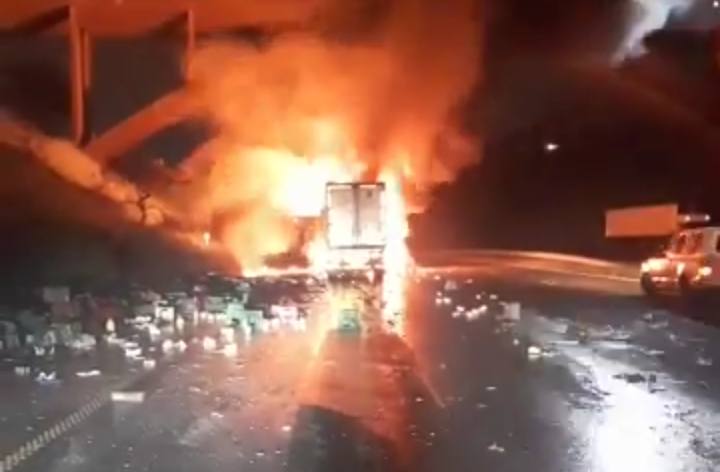 Watch: One killed in a firey two truck collision on N2 in Durban

One person has been killed following an accident between two trucks below the Clare Road bridge on N2 northbound before the Umgeni interchange, Durban in the early hours of Friday morning.

Both trucks caught fire on impact. Videos of the burning trucks were shared on social media.

First responders to the scene reported that one person died in the crash.

The collision caused massive delays on Friday morning rush hour because the trucks occupied part of the freeway.

Traffic backlog was reported to have gone as far Higginson Highway on the N2 north and on N3 towards Durban up to Pavillion.