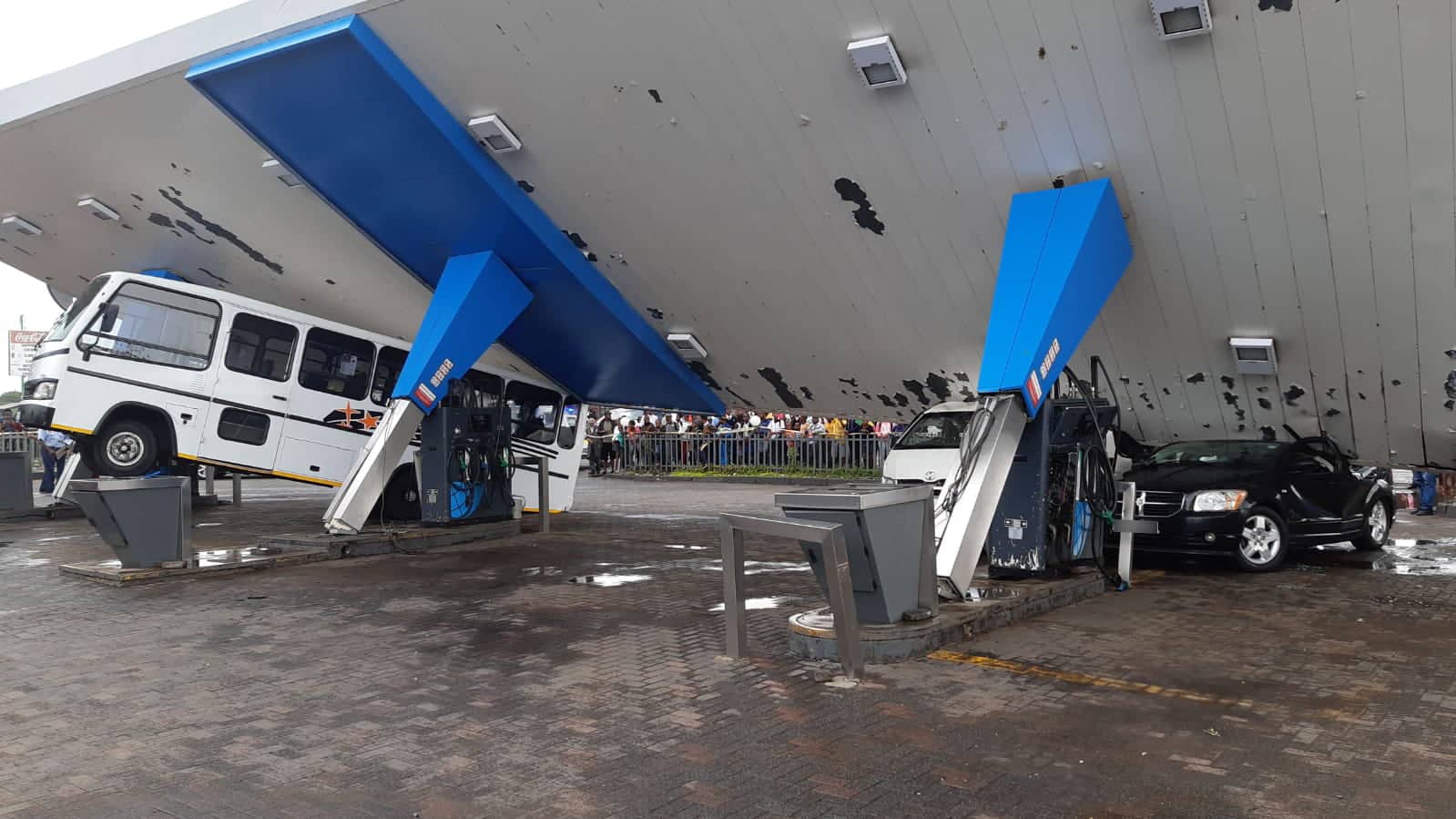 Many people are feared injured after strong winds during a hailstorm caused a petrol station roof to collapse onto vehicles which were filling up in Vereeniging on Friday afternoon.

SA Trucker received videos of the collapsed service station roof which shows the roof resting on top of a bus.

In another video, the collapsed garage roof pins a taxi down and passengers can be seen climbing out from the driver’s door.

As at 15h00 the storm was still wrecking havoc in the area.

Lots of flooding in Vereeniging after a cloud burst earlier.