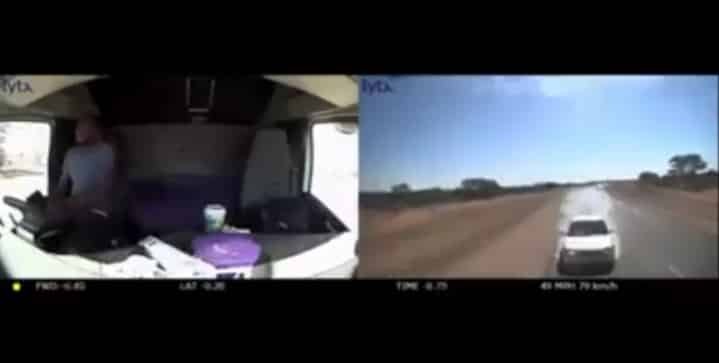 Head-on collision between truck and car caught on dashcam in Namibia between Okhahanja and Onjitwarango. Trucker had no where to run as the car followed him.

The Namibian reported:
SIX people died after a sedan they were travelling in collided head-on with a truck on the B1 road between Otjiwarongo and Okahandja on Sunday (19 May).

According to the Namibian Police’s crime investigations coordinator in the Otjozondjupa regio , deputy commissioner Naukalemo Andreas, the accident occurred at around 13h49, approximately 70 kilometres south of Otjiwarongo on a curve.

Andreas told Nampa in an interview at the scene that all of the six people killed in the crash were travelling in the sedan. The driver of the car was among those who lost their lives.

“They died on the spot due to the severe impact of the accident, and we are still busy to establish their identities,” Andreas said.

She said the sedan was travelling from the direction of Otjiwarongo, while the truck headed in the opposite direction.

Andreas said the 37-year-old truck driver, who was alone, escaped the accident unhurt.

Police investigations into the cause of the accident continue.

Andreas cautioned motorists on the B1 road to adhere to the traffic rules and regulations and also to be vigilant at all times in order to save lives. – Nampa