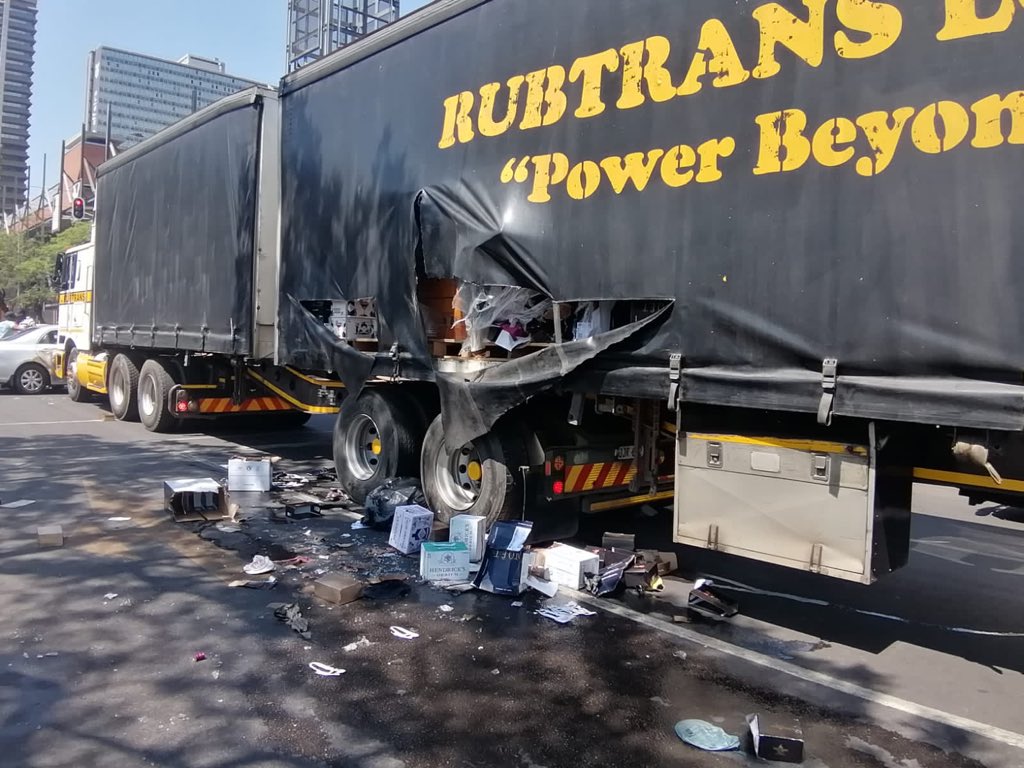 When protesters bully truckers and force them to stop risking their lives they don’t know that the truck driver only stops because he fear harming or even killing them.

The trucker knows very well that his safety is not guaranteed but he still chooses to stop because he knows how dangerous his machine is.

Well, during the taxi strike in Pretoria on Wednesday morning some protesters learnt the hard way that trucks are not to be messed around with.

Taxi drivers blockaded several roads including the N1 freeway and went on a go-slow drive towards Pretoria.

The National Taxi Association said among their concerns was the Covid-19 relief fund which had been promised for the benefit of deserving taxi drivers and operators but nothing has materialised yet.

Meanwhile in Pretoria, the protesters blocked a truck and went straight for it’s beer load.

A witness said that the trucker warned the driver of the car to move off so that he could escape the looters but he ignored.

Fed-up with the motorist’s attitude which put the cargo and his life at risk, the trucker decided to bulldozs his way out.

A video was filmed by onlookers who witnessed the truck pushing the car on the road.

Luckily, noone was injured in the incident.

This is a developing story, updates will follow after more information becomes available.