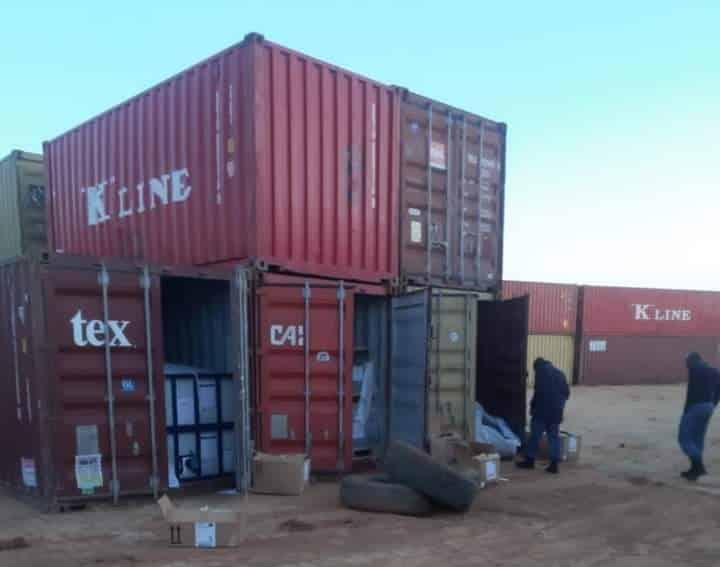 For the second time in a month, Ash Freight Container Depot in Cleveland, Johannesburg was hit by robbers who went on and stole from truck drivers and the guards on Wednesday night.

According to a video sent to SA Trucker, the incident happened around 23h10.

Just over a week ago, at the same place, trucks were broken into and all the drivers and guards were locked inside a container when the robbers pounced.

The victims were assaulted during the robbery.

Last night, however, there were no reports of assault. The robbers broke truck windows to gain entry into some of the trucks and stole the drivers’ belongings.

No injuries were reported.