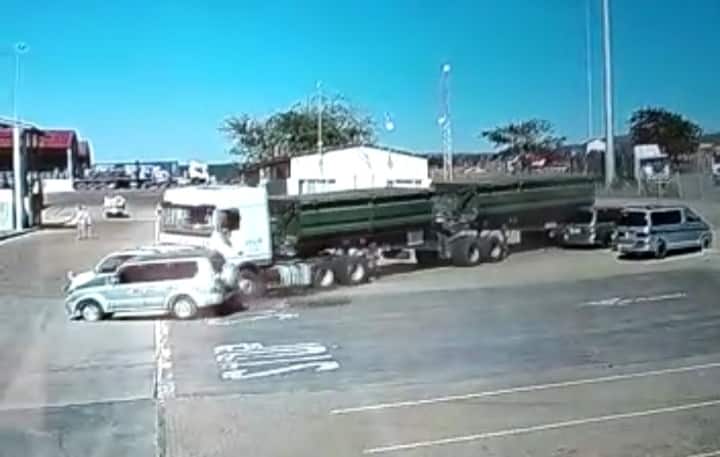 CCTV footage has emerged of a truck crashing into customs officials vehicles at KM 4 in near Maputo, Mozambique.

It is not known what caused the truck to roll from where it was parked.

In the video, the truck can be seen slowly moving down towards the car park.

It breaks through the fence and miraculously passes safely between the first two cars before crashing into two Pajero SUVs.

The truck pushes the two vehicles with it until it is stopped by a street light pole.

No injuries were reported.